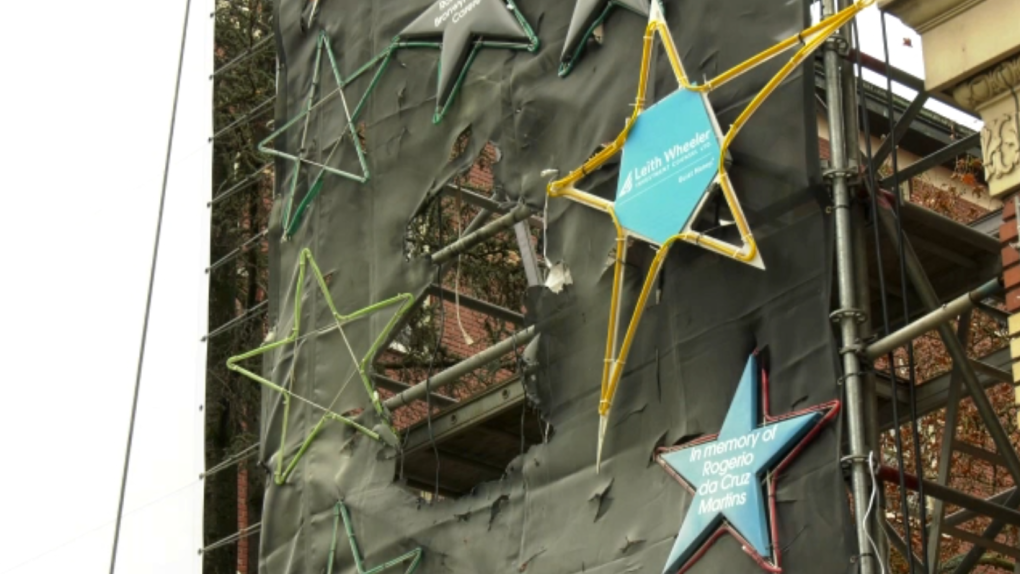 A holiday light display in downtown Vancouver will not be as bright as usual Sunday and Monday after a fire caused some damage to it Saturday night. (CTV)

VANCOUVER -- A holiday light display in downtown Vancouver will not be as bright as usual Sunday and Monday after a fire caused some damage to it Saturday night.

Fire crews were called to the Lights of Hope display at St. Paul's Hospital to deal with a small electrical fire around 6 p.m.

The small blaze caused damage to three stars in the display, the hospital told CTV News Vancouver, adding that the stars in question have already been replaced.

That said, portions of the display will remain off Sunday and Monday to allow time for a thorough inspection, the hospital said.

Fire inspectors determined that the fire was the result of a failure in one of the electrical cords involved in the display. Vancouver Fire Rescue Service told CTV News the cord was either damaged or overloaded.

Lights of Hope is an annual display of more than 100,000 lights at St. Paul's Hospital that also serves as a fundraiser for the hospital foundation.

This year, because of the COVID-19 pandemic, organizers are asking the public to enjoy the display from home rather than in-person. A livestream on the Lights of Hope website was still running Sunday evening, and showed roughly half of the display illuminated, while the rest was dark.