Election Day: Clock is ticking to cast a ballot 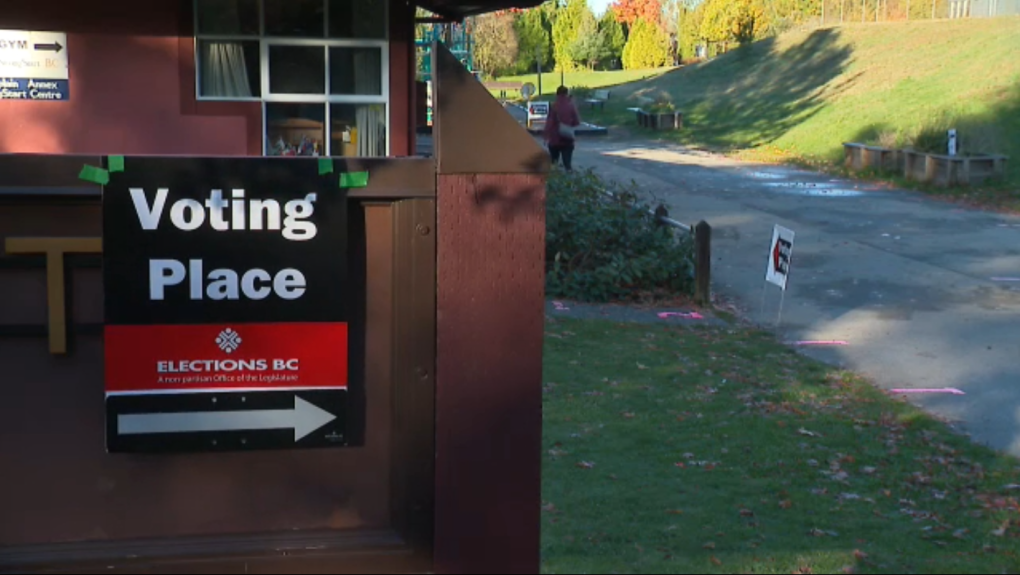 CTV News will be airing special election coverage beginning at 6 p.m. on TV and online

VANCOUVER – The forecast calls for sunny skies and gusting winds in Vancouver Saturday as voters head out to the polls to decide B.C.'s next provincial government.

More than a million people cast their ballot before the weekend – 681,000 at advanced polls and 478,000 by mail, as of Friday morning – and the clock is ticking for any undecided voters to make up their minds in an election unlike any other in recent history.

Issues of housing affordability, homelessness and the opioid crisis have all been given added urgency as a result of the COVID-19 pandemic, which was NDP Leader John Horgan's justification for calling the snap election last month.

Whether his gamble will pay off and deliver the NDP a majority government could become clear Saturday evening – although the sheer number of mail-in ballots, which are not tallied on election night, could leave British Columbians in limbo for weeks as they wait on the final count.

The NDP held 41 seats at the dissolution of the legislature, tying the party with Andrew Wilkinson's BC Liberals and leaving Sonia Furstenau's Greens holding the balance of power with just two MLAs.

One seat was vacant, and two were held by independents, including former Green leader Andrew Weaver.

The 33-day campaign was marked by a number of gaffes, slip-ups and unforced errors, as well as a substantive televised debate that was largely free of bickering and disruptions.

While there were initially concerns around the safety of sending voters to the polls in a pandemic, several experts said the process should be no riskier than buying groceries. Elections BC has set out a number of safety measures that voters can expect to see if they vote in person on Saturday.

British Columbians are "welcome to wear a face mask," according to officials, and will not be required to remove it to cast their ballot – but people will be asked to sanitize their hands before and after voting.

There are also several options available to anyone who requested a mail-in ballot but didn't send it back by the recommended return deadline, including by destroying the vote-by-mail package and voting in person.