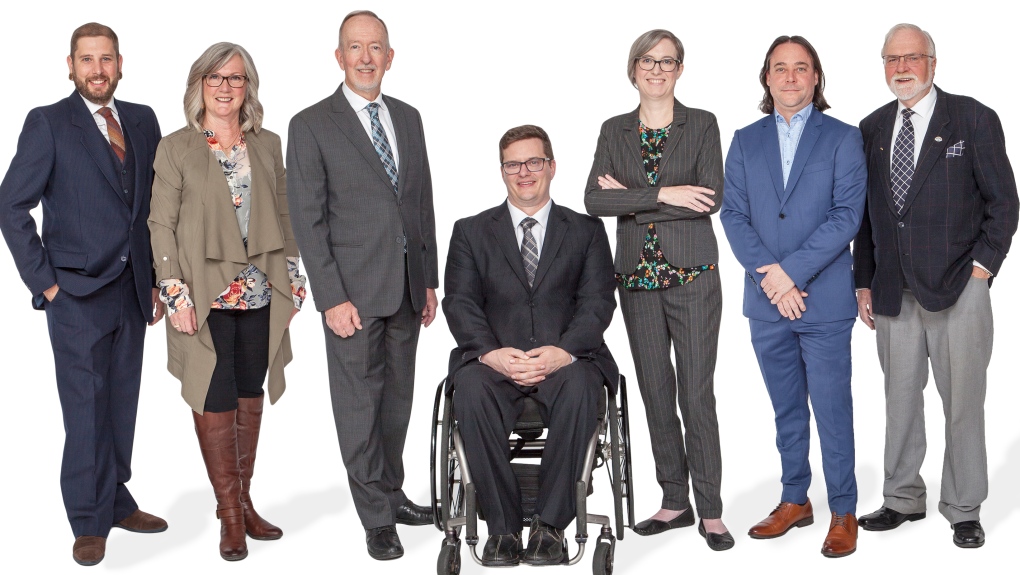 The trustees of the Chilliwack school board (Chilliwack School District).

VANCOUVER -- B.C.’s new minister of education is ordering a review of the Chilliwack school board to make sure its trustees are respecting the human rights of students in the district.

Jennifer Whiteside announced Tuesday she’s ordered the review to evaluate the board’s “commitment to a school system that is safe, inclusive and welcoming to all students and staff.”

Those tasked with the review will investigate “the extent that actions of trustees in their role are consistent with the human rights of students and staff.”

For years, certain members of Chilliwack’s school board have been the subject of scrutiny and criticism due to their attitudes around LGBTQ+ and disability inclusion and most recently for defending an anti-masker.

Specifically, Barry Neufeld, a trustee who has been elected several times, has called allowing a child to transition genders “child abuse” and has had human rights complaints filed against him. More recently Neufeld used a derogatory, ableist term to describe a group of journalists on his public social media page. Trustee Heather Maahs was under fire in early December for her support of an anti-mask protester.

Whiteside’s statement did not include either Neufeld’s or Maahs’ names, nor a specific incident that led to her decision for the review.

"I am taking immediate action to ensure the decision-making of all trustees at the Chilliwack Board of Education support student achievement and wellness, and that all trustees are adhering to the board's code of conduct," Whiteside continued.

The president and two vice-presidents of the Chilliwack Teachers’ Association say they are relieved and “pleased” that investigators have been appointed.

“For three years, Chilliwack teachers have been calling for intervention by the Minister of Education,” said the association’s president Ed Klettke in a statement.

The teachers are also “hopeful to see changes in the conduct of individual trustees and the functionality of the Board as a whole,” Klettke added.

School board trustees in B.C. must be elected to serve. However, a safeguard mechanism within the B.C. School Act allows the Minister to take the extraordinary step of replacing the entire board with a single appointed trustee should the elected trustees fail to fulfill their duties.

Although Whiteside has not taken this step, she is using another less drastic measure in the Act and ordering a review. She has appointed Lynn Smith, a retired B.C. Supreme Court judge and the former Surrey school superintendent Mike McKay as special advisors to evaluate the board.

“The special advisors will work in partnership to submit biweekly progress updates to the minister and provide a final report after their review is complete,” reads the ministry statement.

In addition to investigating human rights issues, Smith and McKay will evaluate the board's ability to work cooperatively to fulfil its duties, its ability to provide a welcoming and non-discriminatory school community, the trustees’ ability to adhere to the board’s code of ethics, and how the board’s actions affect student achievement in Chilliwack.

Changes to the School Act could also be coming, according to the ministry’s statement.

Whiteside has also directed ministry staff to immediately begin a review of the School Act to consider changes that ensure the actions of elected trustees support safe and inclusive schools for students and staff,” it reads.

The special advisors will begin their investigation immediately and provide a report on Feb. 28, 2021.