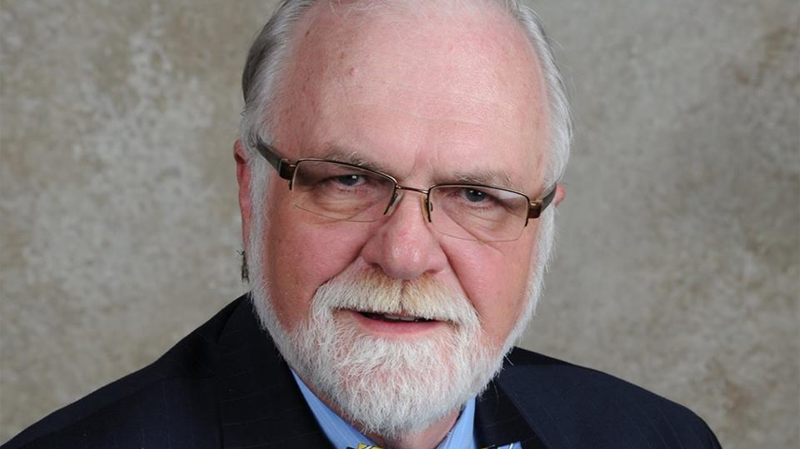 British Columbia's education minister is calling for a longtime Chilliwack school trustee to step down after he accused the province's inclusive gender identity curriculum of being "biologically absurd."

In a statement Friday, Minister Rob Fleming said it was time for trustee Barry Neufeld to "do the right thing" and resign.

"While individuals are entitled to their opinions, Mr. Neufeld has jeopardized student safety, divided his school community and acted against board and ministry policies," Fleming said Friday.

The B.C. School Act doesn't give Fleming the authority to dismiss an individual trustee, but the minister said he felt compelled to add his voice to the matter.

"The hurtful and offensive words and actions of Chilliwack School Trustee Barry Neufeld continue to undermine this District and Ministry goal," Fleming said.

The official request for Neufeld’s resignation was first announced Friday morning by the Chilliwack Board of Education, which cited “a loss of confidence” in his ability to perform his duties.

In a statement issued Friday night, however, Neufeld defended himself, saying the board's reasoning "is in error" and that he does not oppose the B.C. Human Rights Code.

"I am interested and invested in all students receiving an excellent education regardless of their sexual orientation, gender identity, race, religion or other group identity," Neufeld wrote.

"I have simply taken issue with one facet of the SOGI 123 learning resources: the teaching of the theory, as if it was fact, that gender is fluid, that there are more than two genders, and that gender is not based in biology."

Despite the calls for him to step down, the trustee said he intends to remain on the board and act as "a lonely voice protecting impressionable children who I believe will be confused and harmed" by the curriculum's teachings.

Neufeld first came under fire in October over a Facebook post in which he equated B.C.'s LGBTQ-friendly curriculum to child abuse.

"At the risk of being labelled a bigoted homophobe, I have to say that I support traditional family values," Neufeld wrote in the post, which is no longer publicly visible. "Allowing little children to change gender is nothing short of child abuse."

He even praised Russia’s approach to LGBTQ issues, a country that has been known to persecute gay citizens.

"If this represents the values of Canadian society, count me out! I belong in a country like Russia, or Paraguay, which recently had the guts to stand up to these radical cultural nihilists," Neufeld wrote.

Facing mounting backlash, the trustee issued a public apology two days later to all those hurt by his comments.

The rant prompted a closed-door emergency meeting at the Chilliwack Board of Education. While board members said they disagreed with Neufeld, the district did not take any action against him at the time.

Less than a month later, Neufeld, who has been a trustee in the district since the early 1990s, sparked controversy again after renewing his remarks against the Sexual Orientation and Gender Identity (SOGI 123) program at a meeting in Abbotsford.

"Instead of coddling and encouraging what I regard as the sexual addiction of gender confusion, I believe children should be gently encouraged to be comfortable with their bodies," Neufeld told the crowd.

"The message of SOGI is a subtle but powerful suggestion that there is something wrong with the child, that all children should considering rejecting their gender identity."

The curriculum is designed to discourage bullying and discrimination against LGBTQ students in public schools. SOGI 123 also seeks to educate children about gender identity issues.

In the past, trans-rights activist Morgane Oger has called Neufeld's remarks "disgusting" and "unacceptable," saying he has harmed an initiative aimed at making school safer environments.

"The trustee's role as an elected official is to ensure that everybody is safe in the Chilliwack school district," Oger told CTV News in October. "That trustee has made it so that today, students and staff who are transgender are less safe and less looked after."

The president of the British Columbia School Trustees Association echoed the concerns over Neufeld's comments, saying they have become "a distraction" from the board's focus on student achievement.

"As trustees, we take an oath 'not allow any private interest to influence my conduct in public matters' and it is imperative that a public school trustee represent and protect the safety of all students," BCSTA President Gordon Swan said in a statement.

"When one allows personal beliefs to infringe on their ability to do so, and when those beliefs conflict with the policies of the board that they represent along with the laws that govern the province, there are consequences."

Despite the criticism, Neufeld has had his share of supporters.

In a Facebook post, Laura-Lynn Tyler Thompson, a Vancouver author who attended the November meeting, called him "a hero in our culture."

"(Transgender) kids are at risk of being put in a very high suicide category and yet these irrational parents and some teachers see no issue at all with full support of an illogical, unscientific state of mind. Just stop!" she wrote.