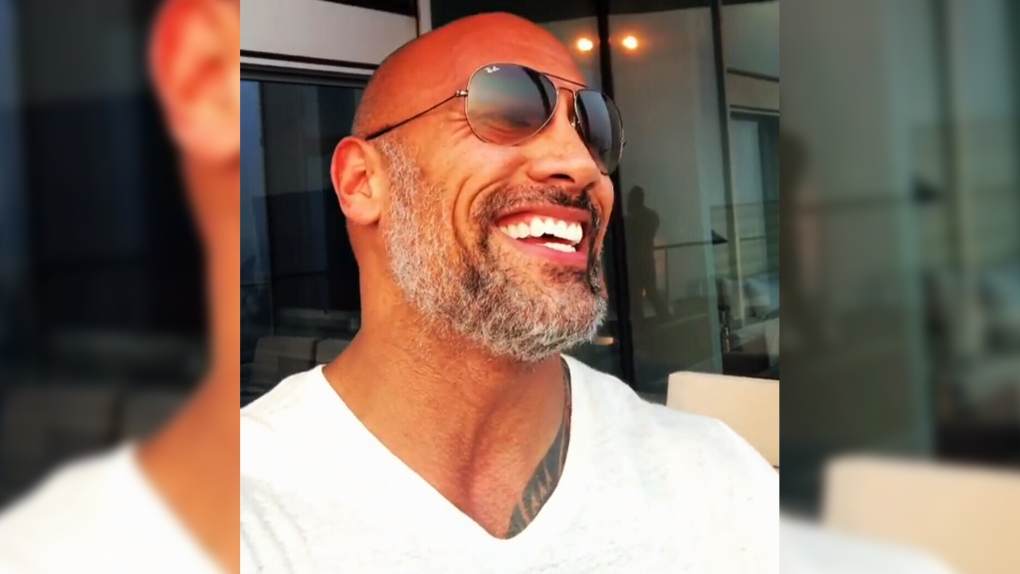 Dwayne ‘The Rock’ Johnson is seen in an Instagram video from Wednesday, Aug. 9, 2017.

Vancouver just found it has yet another famous fan.

Professional wrestler and actor Dwayne “The Rock” Johnson took to Instagram Wednesday to show off the view from his room in downtown Vancouver before singing the city’s praises, calling it one of “one of my favourite cities in the world.”

The 45-year-old is in town for the filming of his upcoming action film, “Skyscraper,” but revealed that his history with the city dates back more than 20 years.

“I’ve dropped my blood and sweat in this city, wrestled multiple matches in this city, shot big movies in this city, but one thing that a lot of people don’t know that I wanted to share with you guys is that when I was 22 years old, I came to this city for the first time. I was playing in the Canadian Football League, playing my first pro football game,” he said into the camera.

Johnson was playing with the Calgary Stampeders, but was cut two days later.

The Rock used the anecdote to share some words of wisdom with his 91.5 million followers.

“You’ve got to have faith that the one thing you wanted to happen, often times, is the best thing that never happened,” he said. “Just keep that in mind and keep plugging away.”

By Thursday afternoon, the Instagram video had been viewed about 4 million times.

Sometimes the goal we've worked our ass off for years is never achieved. Then years later we look back and realize, it's the best thing that NEVER happened.