Drug that puts people in 'zombie-like' state found in Kamloops 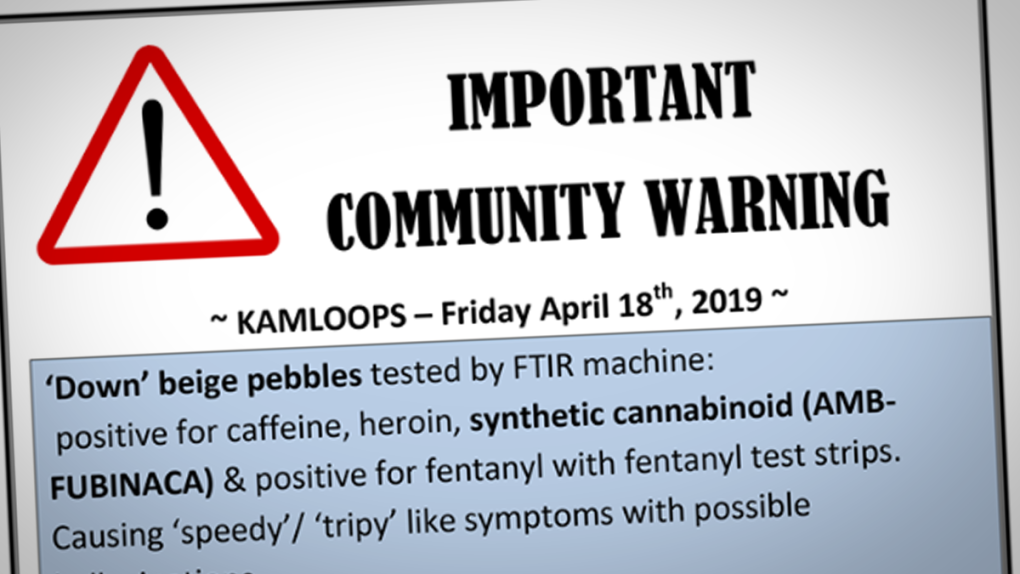 Health officials in the B.C. Interior have issued a public warning about a synthetic drug that's known to put people in a "zombie-like" state.

Interior Health said street drugs found in Kamloops, which authorities described as "beige pebbles," tested positive for both fentanyl and a synthetic cannabinoid called AMB-FUBINACA. The drug is sometimes referred to as K2, spice, kronic or fake weed.

"In high doses AMB-FUBINACA can look like an opioid overdose but will not respond to naloxone," the health authority said Friday in a community warning.

According to health officials, AMB-FUBINACA can be anywhere from 30 to 500 times more potent than THC, the chemical primarily responsible for the psychoactive effects of pot.

The drug made headlines back in 2016 when dozens of people in New York City were found in a "zombie-like" state, displaying slowed behaviour and speech.

Officials urge anyone using drugs to always have a sober friend present, and to call 911 immediately if they think they're having a bad reaction.

Interior Health also recommended drug users begin by testing a small amount and the go slow from there.

KAMLOOPS - Important Community Warning
A synthetic cannabinoid has been detected in suspected fentanyl. In high doses, AMB-FUBINACA can look like an opioid overdose but will not respond to naloxone. For your safety, please take additional precautions. #StopOverdose pic.twitter.com/rwvl311NM1