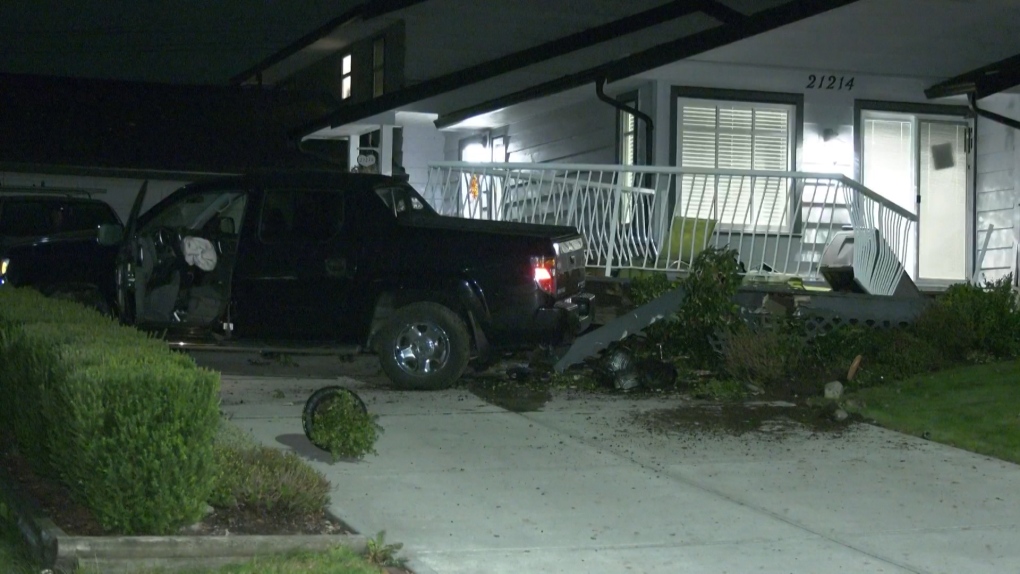 A driver was arrested after crashing a truck into the front yard and balcony of a Langley home.

LANGLEY, B.C. - A driver has been arrested after crashing a Honda Ridgeline pick-up truck into a front yard and balcony in Langley Monday night.

A resident was inside the home at the time of the crash.

"I was upstairs. It was like a bomb went off in front of the house, the whole place shook," they said.

A woman was seen inside of a police cruiser, and other officers took pictures of the incident.

Langley RCMP say that they’re conducting an impaired driving investigation in relation to this file. There were no reported injuries and the pick-up truck has been towed away from the wreckage.