Don't buy jewelry from strangers on the street, Richmond RCMP warn after string of incidents 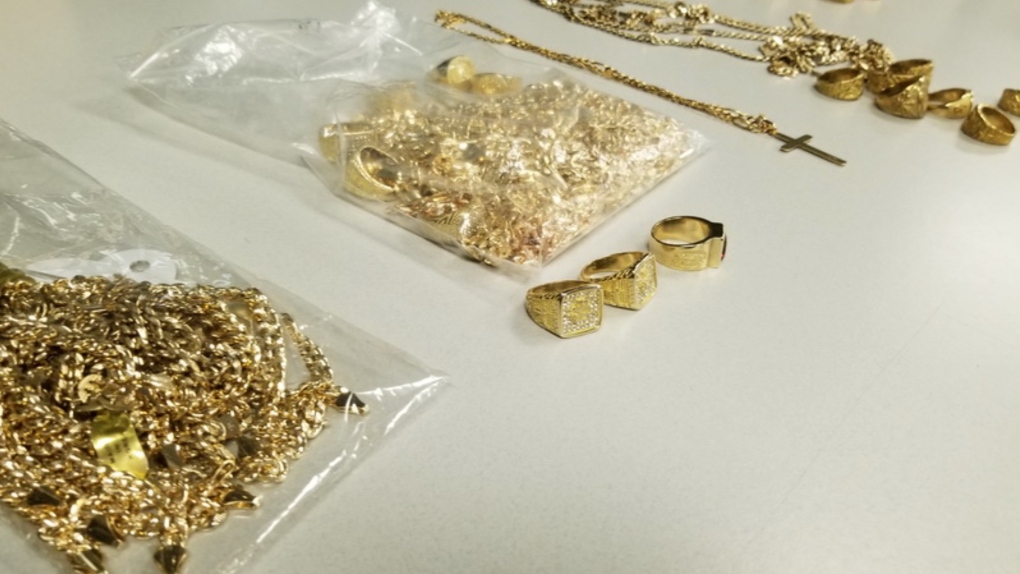 Fake jewelry is seen in this image provided by Richmond RCMP.
Vancouver -

Police in Richmond are warning the public about a "fraud group" attempting to sell fake gold and jewelry in the city.

Richmond RCMP said in a news release Saturday that they were aware of four incidents in a four-day period in the city in which suspects attempted to sell such items "under the guise of needing financial assistance."

"While a number of the victims turned down the suspects, in one case a victim was allegedly defrauded of $ 2,500," Richmond RCMP said in their release.

RCMP said anyone who is approached by someone attempting to sell jewelry should walk away and - when it's safe to do so - report the incident to police.

“This modus operandi resurfaces periodically in Richmond and across the Lower Mainland,” said Richmond RCMP spokesperson Cpl. Adriana O’Malley, in the release.

“The fact is these fraudsters use various tactics, including playing to people's emotions, including by bringing children with them," O'Malley added. "We can’t stress enough if someone approaches you on the street offering to sell you gold or jewelry, regardless of their explanation, say no.”