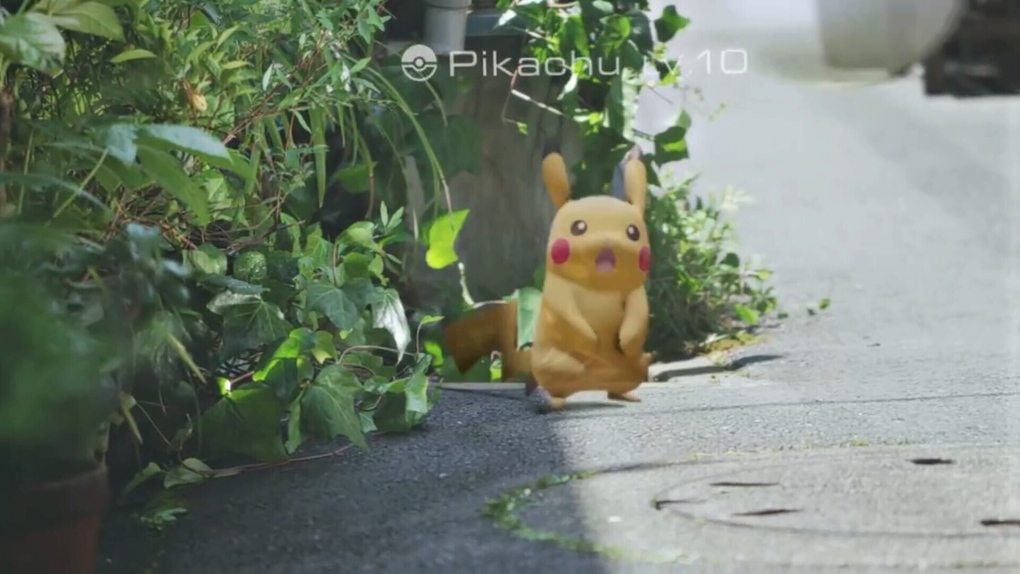 Millions of people have already jumped on the Pokémon Go bandwagon but the online game has already gotten players into real world trouble. (Handout). July 11, 2016.

Move over Angry Birds and Candy Crush – a new cell phone game is taking the world by storm.

Millions of people have jumped on the Pokémon Go bandwagon, but the online game has already gotten players into real world trouble.

The game uses phone cameras to combine a virtual world with the neighbourhoods people actually live in.

"You have to catch 'em all. There's 128 Pokémon and so once you see one's in the area that you don't have, you start walking around the neighbourhood looking for the one that you need,” said John Ray, who has been playing the game every day since he downloaded it.

People walking around with their eyes on their phones is a big enough problem already, but chasing video game characters down streets seems to be even more dangerous.

The game has only been around for a few days and already people are taking to social media to post pictures of injuries suffered while playing Pokémon Go.

Near St Louis, three men face charges for allegedly using the game to lure unsuspecting players to secluded places to rob them.

In Wyoming, a teen found a dead body in a river while looking for Pokémon and that still isn’t enough to keep her from playing the game.

"Yeah, I might go get a water Pokémon. I'm going to try,” she told a local TV station.

Pokémon Go isn’t officially available in Canada yet, but there are ways to load it on to your phone and it is already possible to play it here.

"I need to get on it,” said Pokémon fan Sera Akdoğan. “I always see everyone on the bus with it and they're moving around their hands, going out the window."