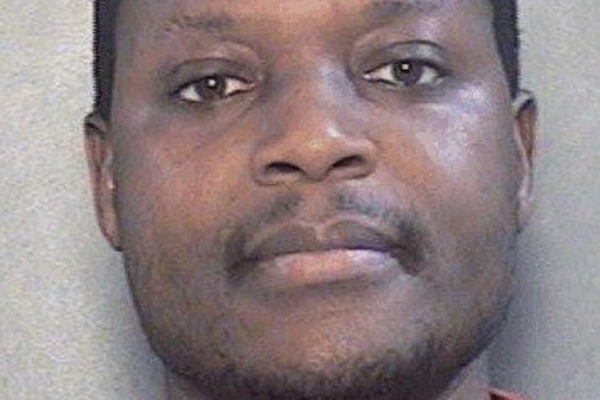 Charles Kembo is seen in this undated police handout photo. (THE CANADIAN PRESS)

A B.C. man on trial for the murder of four people he knew intimately killed so he could use their identities to fuel his self-styled image as a rich, successful businessman, prosecutors alleged Tuesday.

Charles Kembo is accused of murdering his wife, step-daughter, girlfriend and business partner over a period of more than two years, starting in early 2003.

"On each occasion, Mr. Kembo either benefited or was poised to benefit financially from the murders, and these situations or opportunities for Mr. Kembo to profit were set up ahead of time by him," she told the 12-member jury.

She alleged Kembo was able to fly below the radar for so long because each of his victims were "low net worth people," although the value of assuming their identities was worth much more.

Kembo, who came to Canada from Malawi in 1989 as a government-sponsored refugee, was allegedly able to perpetrate the frauds "because he gained the trust of the victims before he murdered them," she said.

Dressed in a beige blazer and dark dress shirt, Kembo listened intently during the Crown's opening remarks, smiling and chuckling with his lawyers before and after the proceedings.

"Mr. Kembo represented himself to the world and to his victims as a rich, successful businessman," Oulton told the jury.

"He drove an expensive car, a Land Rover, and he dressed well. To perpetuate this illusion of himself as a rich, successful businessman he used many business names and aliases in connection with those supposed businesses."

Oulton described the manner in which three of the victims were found, as well as their appearance.

Her body has never been found, a fact Oulton suggested enabled Kembo to use her identity the longest and collect at least $220,000.

Ardon Samuel, 38, was strangled in November 2003 and found buried under leaves in a Vancouver park, his penis chopped off and stuffed inside his pants.

Oulton said a $850,000 life insurance policy made out in his name listed Kembo's son, who was three years old at the time, as beneficiary.

Exactly one year later, the body of 55-year-old Sui Yin Ma, Kembo's girlfriend, was found inside a hockey bag in a slough in suburban Richmond, B.C. An autopsy found her death consistent with drowning or suffocation.

By the time Kembo's stepdaughter was killed, police were conducting full surveillance of Kembo.

Oulton said the jury will hear supporting audio evidence of what might have been 20-year-old Rita Yeung's last moments.

Yeung's body was found inn July 2005 in water, wearing only a bra and wrapped in garbage bags, with chemical burns on her face.

Oulton said a shovel found in nearby water with a bar code still on its handle can be linked to Kembo as a purchase he made only days before.

"In each case, Mr. Kembo is the last known person to be in contact with the victims," she said.

Among vast amounts of video and audio evidence, she said the jury will hear evidence of Kembo later allegedly admitting to the crimes.

Upwards of 200 witnesses are expected to be called, including a forensic accountant who will explain how Kembo made money from stealing identities and Genevieve Camara, a woman Kembo had been living with when the murders were committed and by whom he fathered a daughter.

It's expected the trial could last six to eight months.