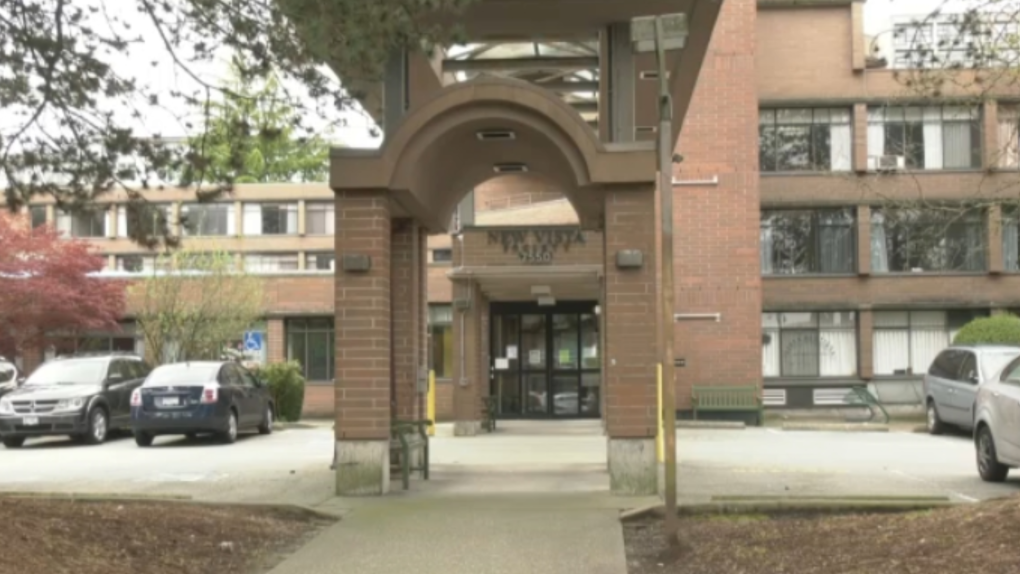 VANCOUVER -- Fraser Health says a staff member at a long-term care home in Burnaby has tested positive for COVID-19.

It's the third outbreak that has been declared at a seniors facility in Burnaby since Friday.

A Fraser Health rapid response team is on site, and communication with residents and families is underway.

Fraser Health says the outbreak is limited to one unit in the building, and the staff member who tested positive is self-isolating at home.

The health authority says it is working with staff to identify anyone who may have been exposed.

This is the second time an outbreak of COVID-19 has been declared at New Vista Care Home. A previous outbreak was announced there on April 22 and declared over on June 8.

The new outbreak comes on the heels of two separate outbreaks that were declared on the campus of the George Derby Care Society in Burnaby.

A staff member at Derby Manor, an independent living facility, and a resident at George Derby Centre, a long-term care home, each tested positive for the coronavirus, Fraser Health announced Friday.

Though located on the same compound, the two facilities are housed in separate buildings, and Fraser Health said Friday that there is "no evidence" that the two outbreaks are linked.

Most of the newly announced outbreaks involved a single confirmed case at the time they were announced and special response teams were put in place.

"Even a single case we treat very seriously in our health-care system," said provincial health officer Dr. Bonnie Henry during her news conference on Thursday.