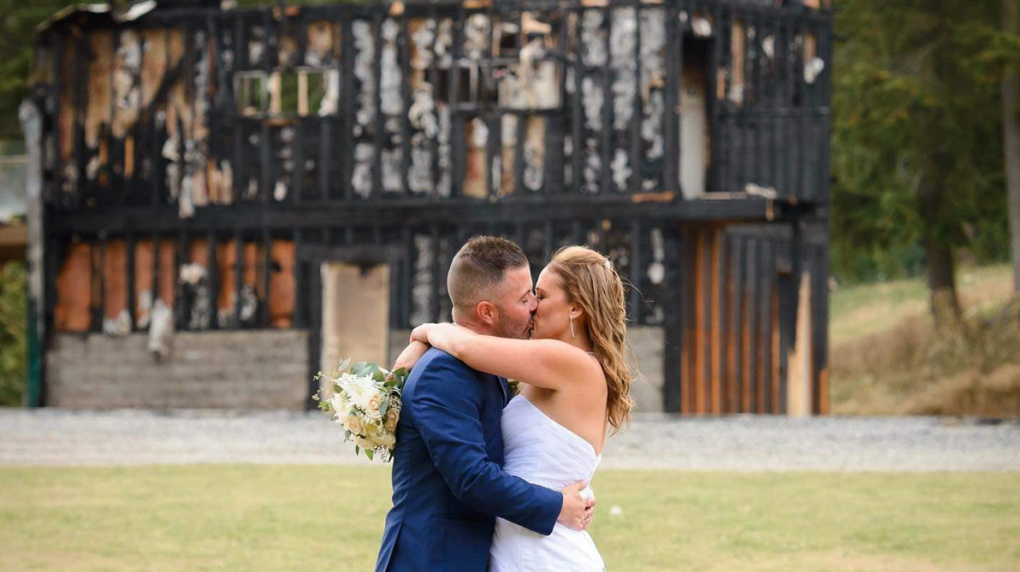 Alison and Scott McAdie pose in front of a burned barn in Mission, B.C.

Days after their reception venue was destroyed in a fire, a couple went ahead with their wedding anyway, and had some fun with the photos.

Alison Radford and Scott McAdie planned to host their reception in a barn in Mission, B.C. The Maple Ridge couple spent months upgrading and preparing the barn owned by McAdie's sister, and planned to host 100 guests inside on Saturday.

But the structure was destroyed in a fire just three days before their nuptials.

"It was heartbreaking," Radford said at the time.

And it could have been worse. A family member had been in a second-floor suite in the barn when the flames broke out.

McAdie's niece was trapped upstairs, and sought refuge on a balcony until a neighbour brought a ladder to help get her to safety.

Working on a shoestring budget already, the couple had to quickly find a new venue for their reception.

They ended up hosting the party at a hall in nearby Hatzic, but the burned barn played a role after all, serving as a backdrop for some of their photos.

With a report from CTV News Vancouver's Penny Daflos 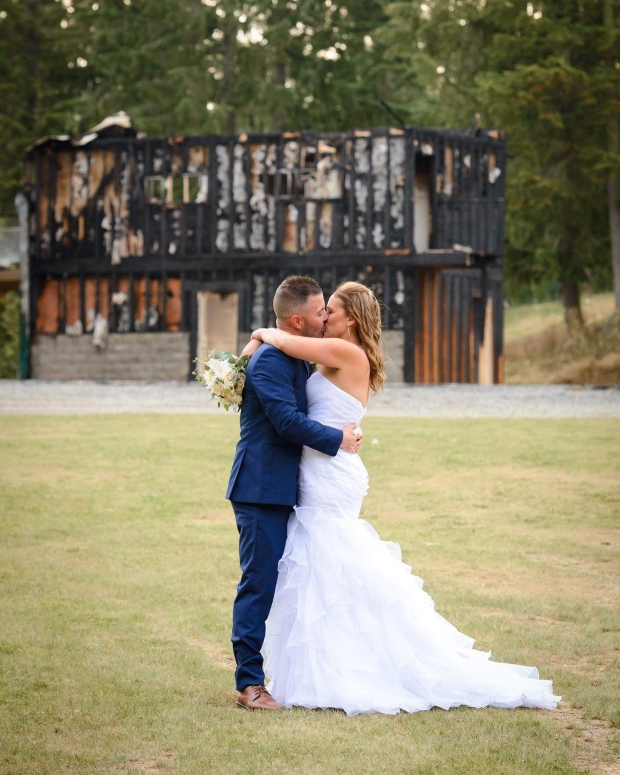