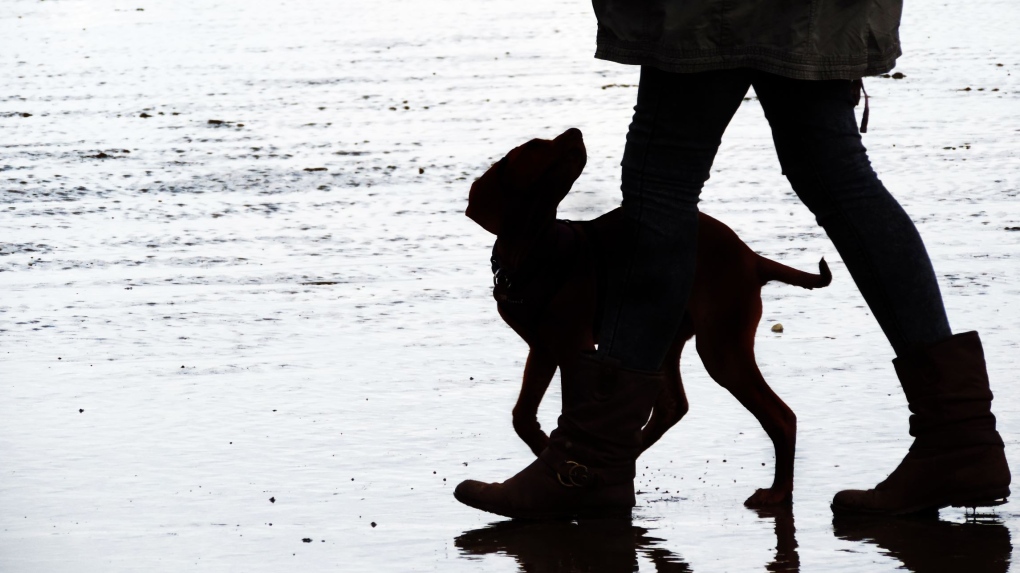 Dog walking in the rain. (Shutterstock)

NORTH VANCOUVER, B.C. -- Nanami Ushiroji was walking her dog one chilly day in North Vancouver when she experienced a nightmare she couldn't have imagined.

Coby, her seven-year-old Doberman mix, stepped on a grate, jumped up and yelped. A few moments later, he was dead - electrocuted by the ground beneath his feet, according to court documents filed earlier this year.

The phenomenon, known as “contact voltage,” is far from unique. It's caused by a perfect storm of poor conditions and aging equipment, most commonly achieved in miserable weather.

Ushiroji and her partner are now suing the city of North Vancouver, maintenance company Cobra Electric and the utility FortisBC, arguing they all failed in their responsibility to ensure the sidewalk was safe that day in February 2018.

“She's still traumatized by this. She still cries every time she talks about it. They're learning to manage their emotions as opposed to being fully recovered,” said Rebeka Breder, who's representing the couple in court. “Those images would haunt any person with a heart.”

The couple's statement of claim alleges that several other dogs had been similarly shocked while stepping on that same grate - which was covering a junction box that was allegedly electrified - or on others nearby.

The city has yet to file a statement of defence and did not immediately respond to a request for comment.

In Toronto, contact voltage has been on the local utility's radar for years.

A decade ago, a spate of dog zappings led Toronto Hydro to launch a campaign to remove and replace metal handwells - small manholes - that had been conducting electricity, most commonly in the winter.

“Contact voltage is more likely to occur in the winter months when it's wet or icy or salty conditions, and underground equipment is exposed to freezing and thawing conditions,” said Russell Baker of Toronto Hydro.

It's an “intermittent condition” in which electricity is present on the surface of an outdoor structure - including streetlights, hydro poles or bus shelters, Baker said.

“Usually the contact voltage is the result of aging infrastructure or changes in the underground electrical setup,” Baker said. “If there's construction in the area, there's vibration, that can sometimes result in contact voltage.”

Because dogs always have at least one or two paws on the ground - and are less likely to be wearing rubber-soled boots - they're more vulnerable to contact voltage shocking them, Baker said.

But the issue is far from pervasive, he said.

He said that when someone reports contact voltage to Toronto Hydro, the utility sends workers to the site right away to figure out where the “hot spots” are, and cordon off the area or replace the equipment.

This report by The Canadian Press was first published Dec. 18, 2019.