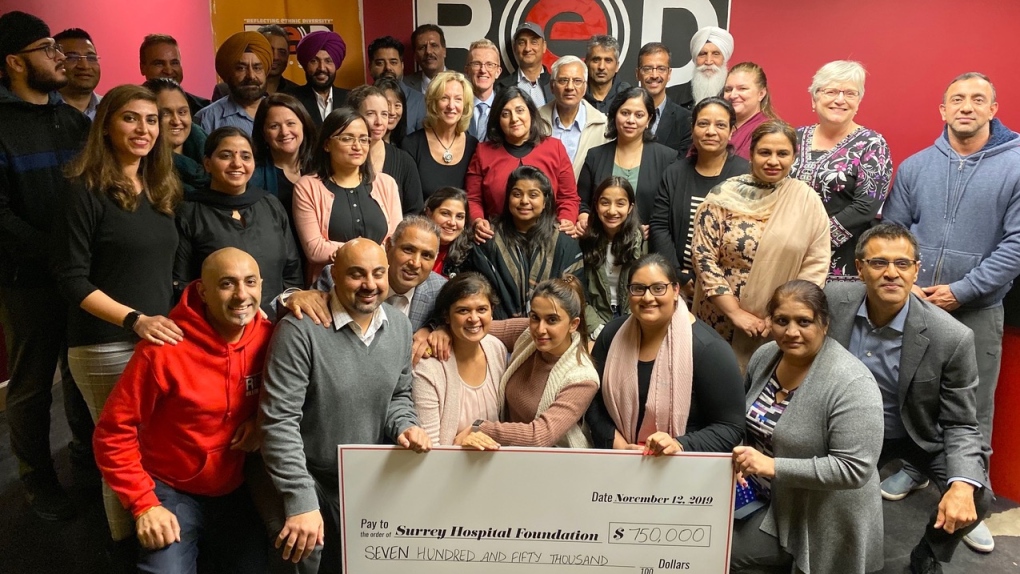 VANCOUVER – The Surrey Hospital Foundation is offering a "heartfelt thank you" to the South Asian community after receiving a whopping $790,000 in donations for the Mata Tripta Family Birthing Unit.

The money was raised in a single day through RED FM's annual Gurpurab Radiothon, which was held Tuesday during celebrations of the birthday of Guru Nanak, who founded the Sikh faith in 1469.

From 6 a.m. until 10 p.m., more than 2,000 people visited the radio station's studio to make a donation, while countless others pledged money online or by phone.

The goal was to raise $550,000 for the birthing unit at Surrey Memorial Hospital, which is in need of upgrades and new equipment. The community blew past that goal by nearly a quarter of a million dollars.

Surrey Hospital Foundation president Jane Adams said they were "humbled at the generosity of the South Asian community."

"Your donations will have a direct impact on thousands of babies and families starting their life journey together at Surrey Memorial," she said in a statement. "On behalf of them, the staff in the Mata Tripta Family Birthing Unit and our Foundation team, a heartfelt thank you."

The birthing unit was named by the community following a previous Gurpurab Radiothon in 2012. Tens of thousands of babies have been born at the hospital since.