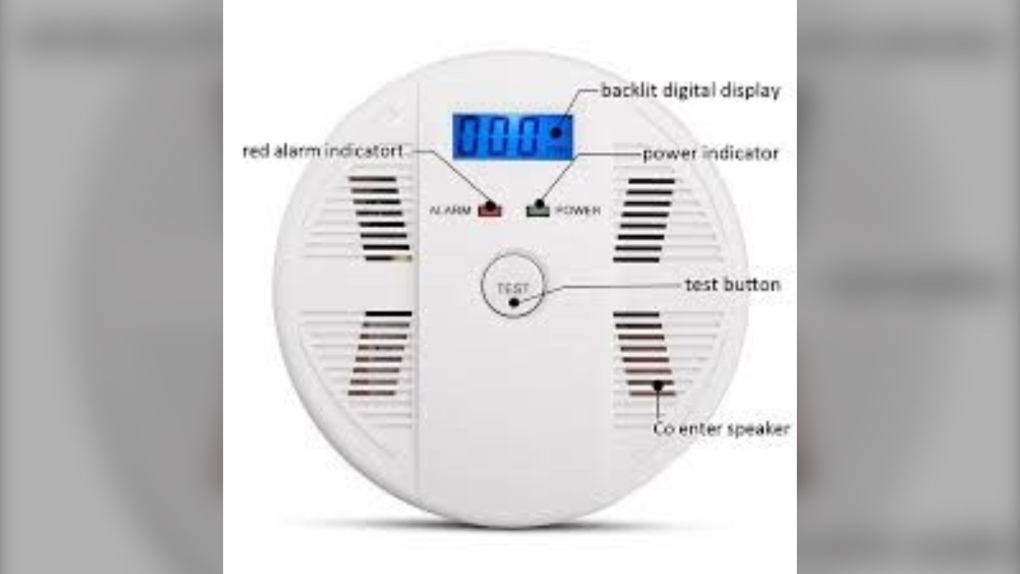 A recall notice from Health Canada says the Combination Smoke and Carbon Monoxide Detectors may not work in the presence of smoke or elevated carbon monoxide levels and are not certified to Canadian standards. (Handout/ Health Canada)

VANCOUVER -- A combination smoke and carbon monoxide detector has been recalled over what Health Canada called a "potential failure to operate."

The Combination Smoke and Carbon Monoxide Detectors for Home are white, round and have a sound warning and digital display window. They're battery operated with a compartment on the back. They do not come with any certification marks like CSA, cUL or cETL, which would indicate the products had been assessed and conform to national safety standards.

"The alarm is not certified to Canadian standards and has not been evaluated for safety," the recall notice stated. "The alarm may not operate in the presence of smoke or elevated carbon monoxide levels, posing a fire and carbon monoxide poisoning hazard.

The detectors were sold through an independent third party seller on Walmart.ca. They were manufactured in China and distributed by Shenzhen Boxian Electronic Technology. About six of them were sold in Canada from July to October 2019. The company has received one report of a detector not working properly in Canada but with no reported injuries.

"When purchasing and installing smoke and carbon monoxide detectors, consumers are advised to look for a recognized certification mark on the product, such as CSA, cUL or cETL," said the notice.

Health Canada is advising people with this detector in their home to replace it immediately.