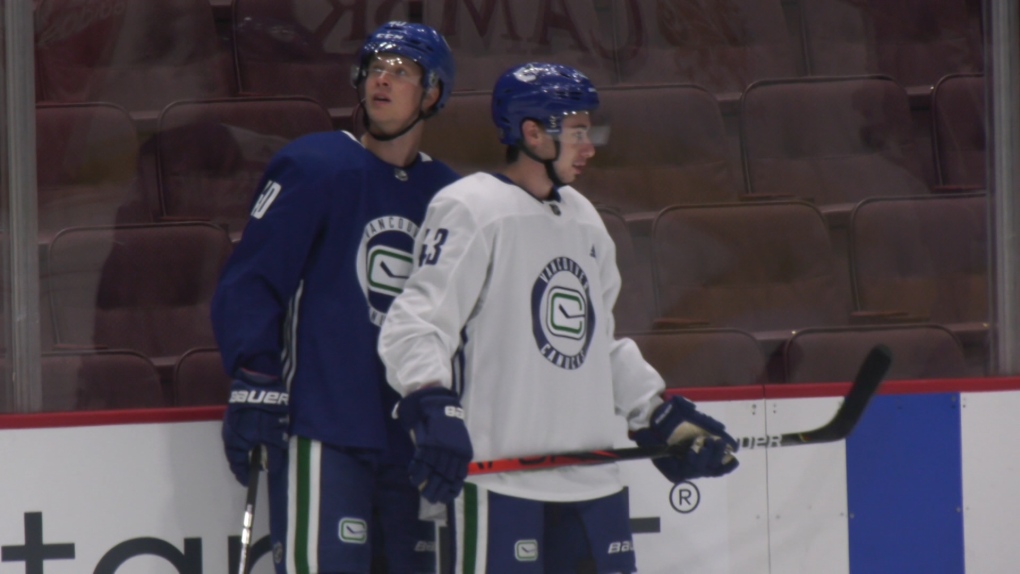 The future is beginning to look a little brighter for the Canucks this year, now that forward Brock Boeser has signed to a three year deal for just under six million dollars per year.

All the pieces are in place with the young core group of Bo Horvat, Elias Pettersson, Quinn Hughes and now Boeser, all of whom are still under 25 years old.

"I didn’t know that was coming, I was kind of surprised," Canucks defenceman Quinn Hughes told reporters Tuesday. "But you know I love Brock, we really miss him right now and he’s such a fun guy and obviously a tremendous player, (we're) real excited to have him back and looking forward to seeing him."

The team trained last weekend in Victoria, where players were competing for jobs and trying to show the organization they belong with the team; all the while, Boeser sat out waiting for a contract.

"He’s missed some valuable time for sure. The guys have gone through a real hard workload and everyone gets a day off and re-group and do it again," Canucks' head coach Travis Green stated.

With Boeser arriving this week, the team will now be able to work on the power-play. Calder trophy winner Elias Pettersson has been paired with the newly acquired Micheal Ferland, a winger who is strong on the puck and adds some depth to the lineup.

The 20 year-old Swede says he's looking forward to being reunited with Boeser.

"Build the chemistry; we know where we have each other on the ice. We have a new guy on our line with Ferland, two scrimmages playing with Ferland and he’s easy to play with." Pettersson told the media Tuesday.

"My job is to keep the pressure off the young guys," Green said. "It’s an exciting time for our group because we've got these young core players that are skilled, but they're also still learning they're going to become better. That’s why I’ve talked so many times about us building something that we’re not just a team that gets into the playoffs and is out, we hope and we feel this group is growing and growing."

"He’s a good player, I’m excited to see him, see where he’s at. He’s looked fantastic in training camp so far he looks stronger than last year to me. Its exhibition, he’s going to be rusty even though you scrimmage in training camp," said Green.

Pettersson and Hughes will be in the lineup Tuesday when the Edmonton Oilers come to Vancouver, a game Green isn't taking lightly.

"We want to develop our young guys into great hockey players and I think they have a chance. I still think our organization is going in a great direction, but we got to make sure we are pushing it at the right pace and at the right time. No one wants to win more hockey games then me I can tell you that," said the team's head coach.

Puck drop for the pre-season game against the Oilers is Tuesday at 7pm at Rogers Arena.