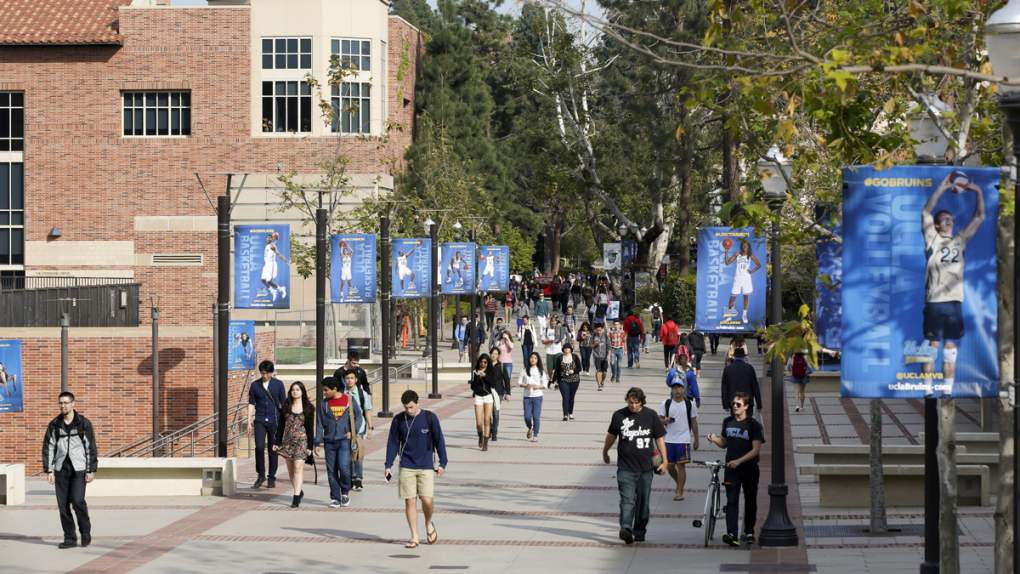 BOSTON -- A court document says a woman from British Columbia would plead guilty to a single bribery charge under a proposed plea agreement in the college admissions scandal that has implicated dozens of wealthy parents in the United States.

The document filed by the U.S. Department of Justice on Jan. 23 also indicates that under the proposed agreement, Xiaoning Sui of Surrey would not spend any extra time in jail.

The document filed in Massachusetts says, Sui would agree to incarceration for a period of time served, 12 months of supervised release and a fine and restitution in amounts to be determined by the court.

The Justice Department says the agreement is the result of discussions with Sui's lawyers and it has yet to be signed because she remains detained in Spain, where she was arrested in September.

It says a judge must still approve the deal at a plea hearing in the United States District Court for Massachusetts that will take place once Sui is extradited from Spain.

If the agreement is rejected by the court, it says the U.S. Attorney "may deem the plea agreement null and void." It also says the defendant understands that she may not withdraw her guilty plea unless the court rejects the agreement.

Sui was initially charged with a single count of conspiracy and fraud in an indictment that alleges Sui arranged with an admissions consultant to pay US$400,000 to facilitate her son's admission to the University of California Los Angeles as a soccer recruit even though he did not play the sport competitively.

She was then charged in a superseding indictment with an expanded conspiracy charge, two counts of money laundering and three counts of wire fraud and honest services wire fraud.

Sui was the second person from B.C. to be charged in what has become known in the U.S. as the college admissions scandal.

In April, Vancouver businessman David Sidoo pleaded not guilty to a charge of conspiracy to commit money laundering in a separate case.

Sidoo's lawyer, Richard Schoenfeld, said at the time the plea was entered in writing after an indictment from the U.S. District Court in Massachusetts accused him of wiring about $100,000 in January 2013 from an account in Canada to an account in California.

The indictment alleges the money was in the name of college-prep company The Key, and meant to be in exchange for admissions consultant's facilitation of an alleged SAT cheating scheme for Sidoo's younger son.

Sidoo, a former Canadian Football League player and well-known philanthropist, had already pleaded not guilty to conspiracy to commit mail and wire fraud.

An indictment in March alleged Sidoo paid $200,000 in total for someone to take the SAT on behalf of both his sons, and that he also paid an undisclosed amount for someone to fly to Vancouver and take a high school graduation exam on behalf of his older son.

Of the dozens charged, 23 have pleaded guilty, including "Desperate Housewives" star Felicity Huffman, who paid $15,000 to rig her daughter's SAT score. She was released from prison in October two days before the end of a two-week sentence

Others are contesting the charges against them, including "Full House" actress Lori Loughlin and her fashion designer husband, Mossimo Giannulli, who are accused of paying to get their two daughters into the University of Southern California as crew recruits, even though neither of them is a rower.

- With files from The Associated Press

This report by The Canadian Press was first published on Jan. 31, 2020.