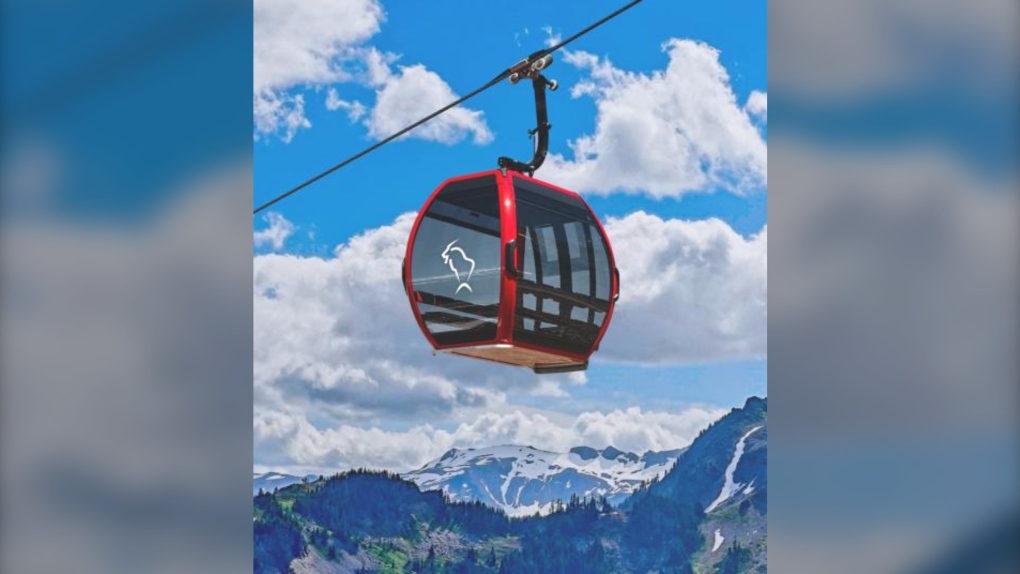 Cheam First Nation says it already has an eco-tourism project in the works - the Cascade Skyline Gondola (Submitted photo).

VANCOUVER -- The Cheam First Nation is speaking out against a proposal for a large new ski resort near Chilliwack and says it has its own project in the works.

A proposal for Bridal Veil Mountain Resort could see 11,500 acres of Crown land used for a new ski resort. But a statement from Cheam First Nation’s chief says the nation has had its own, eco-friendly project – the Cascade Skyline Gondola project – in the works for more than five years.

The Bridal Veil Mountain Resort “in no way represents the interests of Cheam First Nation and our values and cannot and will not be considered as a replacement for our own project,” reads a statement from Chief Andrew Victor.

Victor said his nation is “deeply concerned” and “surprised” by the recent announcement of the Bridal Veil resort proposal, and says it’s very similar to a Resorts West proposal from 2003, which has already been rejected.

He characterizes the Bridal Veil proposal as “a very large industrial ski resort with villages, multiple lifts, ski runs, snowmaking, huge water use, (and requiring) massive infrastructure throughout our lands.”

“The Cascade Skyline Gondola Project is an eco-cultural tourism amenity similar to the very successful Sea to Sky Gondola in Squamish. It is fundamentally a ‘celebration of nature and natural spaces’ with non-motorized activities for a range of abilities and interests,” reads Victor’s statement.

Unlike the Bridal Veil Mountain Resort project, the Cascade project is designed to have a small environmental footprint, says Victor.

“It will provide accessible transportation above the Fraser Valley in the Cascade Mountains in our traditional territory. At the summit, guests will be able to enjoy a variety of low-impact, nature-based activities including sight-seeing, hiking, cultural tours, paragliding in summer and snowshoeing, sledding, cross-country and backcountry skiing in winter,” it continues.

The project also proposes to reserve certain areas within and adjacent to the project as “Traditional Use Areas,” and to have a Stó:lō cultural interpretive centre.