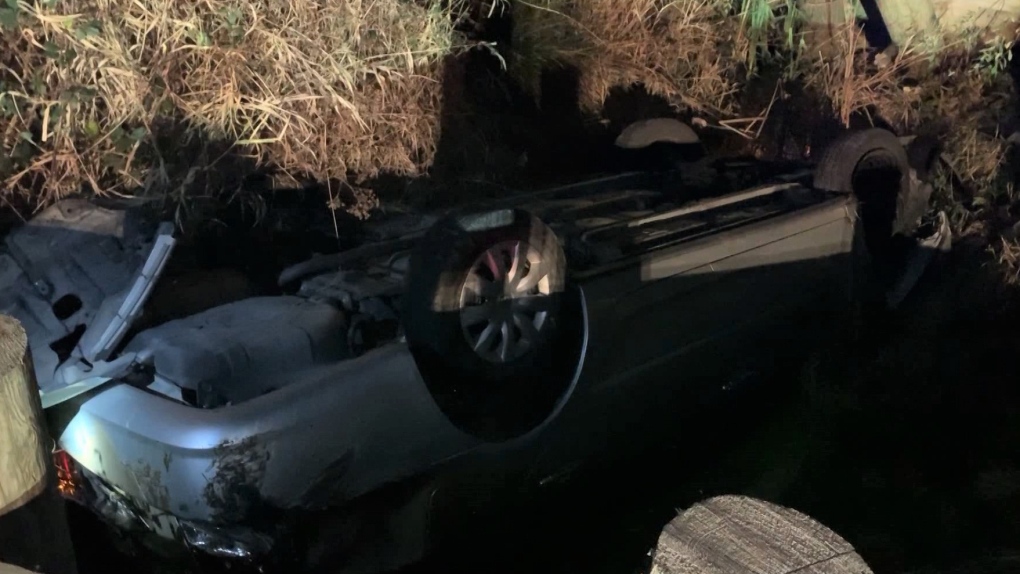 A car was seen upside down in a ditch in Surrey.

VANCOUVER -- A local nurse says she didn't expect to come across a flipped car in a ditch on her drive Thursday night.

Lisa Brooks encountered the incident at about 9 p.m. near 40th Avenue and 168th Street in Surrey. Police say road conditions were clear at the time, but the car somehow flipped and landed upside down in the ditch.

The two women in the car, who are in their early 20s, were trapped inside. But Brooks, who is a nurse, said the young women didn't appear to be hurt.

"We just came upon the accident scene and saw a car overturned and I decided to see if the girls were OK," Brooks said, who climbed into the ditch to check on them.

"They were upside down and strapped in, both were talking and both seemed very coherent and able to carry on a conversation."

Both women walked away from the crash uninjured.

"Not something you expect at 9 o'clock at night," Brooks said.