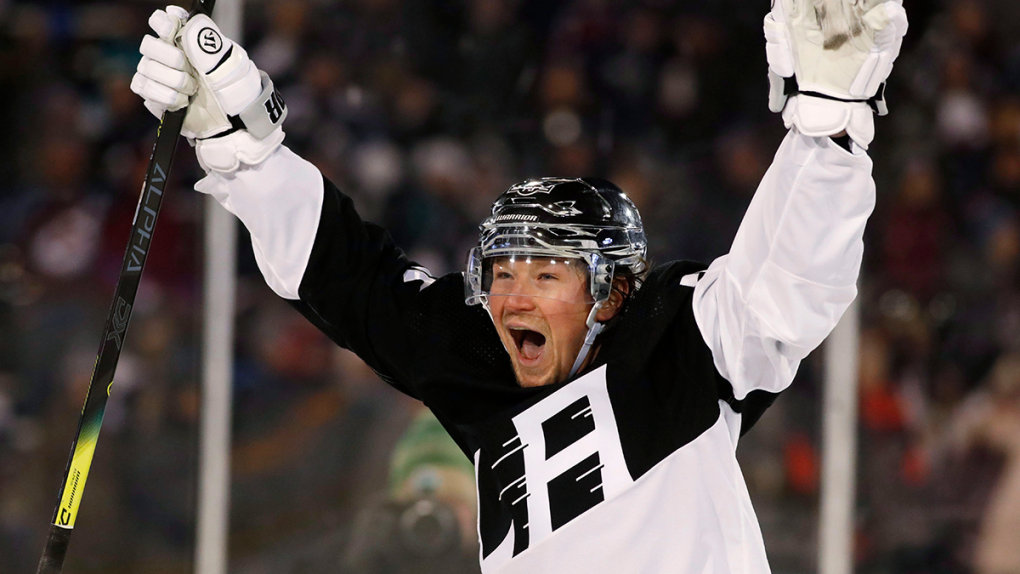 VANCOUVER -- The Vancouver Canucks have added a scoring winger to their lineup on the same day they announced Micheal Ferland is done for the season and that Brock Boeser will be sidelined for at least three more weeks.

Vancouver has acquired forward Tyler Toffoli from the Los Angeles Kings in exchange for forward Tim Schaller, prospect Tyler Madden, a 2020 second-round pick and a conditional fourth-round selection in 2022.

"He has great offensive instincts and experience playing in high-pressure, meaningful games. We look forward to adding his skill and strength to the lineup."

The deal was announced Monday night.

Benning also says that Boeser has sustained a rib cartilage fracture and will be re-evaluated in three weeks. Ferland is done for the year with recurring concussion-like symptoms.

This season he has 18 goals and 34 points in 58 games, including a hat trick on Saturday in a 3-1 win over the Colorado Avalanche in the Stadium Series outdoor game.

The Toronto native, who was drafted by L.A., 47th overall in 2010, made his NHL debut in 2012-13 after splitting time in the American Hockey League.

Toffoli is in the final year of a three-year, US$13.8 million contract, and set to become an unrestricted free agent in the summer.

Madden is a 20-year-old forward currently playing at Northeastern University. He has 19 goals and 37 points in 27 contests.

The 29-year-old Schaller dressed in 51 games this season with the Canucks and had five goals and an assist. He has 29 goals and 57 points in 274 career games split between Buffalo, Boston and Vancouver.

Vancouver sits third in the Pacific Division with 69 points, one behind first-place Edmonton and second-place Vegas, which has 70 apiece. The Canucks are one point up on Calgary and Arizona, which hold down the Western Conference's two wild-card spots with 68 points each.

Vancouver has reached the playoffs only once in the past six seasons, bowing out in the first round against Calgary in its last appearance in 2014-15.

The Kings are 30th in the 31-team league, with only Detroit currently holding a worse record.

This report by The Canadian Press was first published Feb. 17, 2020.