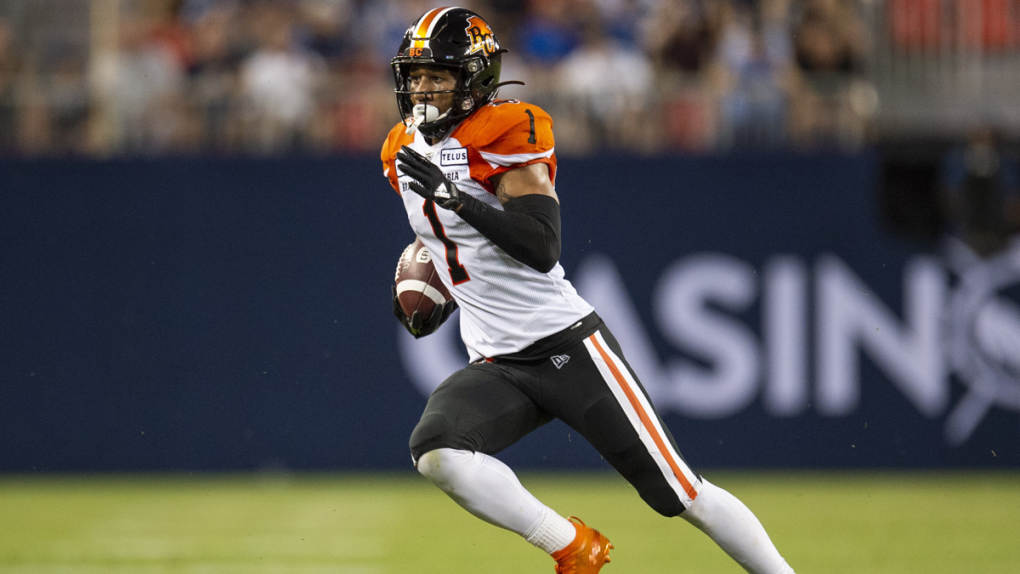 BC Lions wide receiver Lemar Durant (1) runs the ball during second half CFL football action against the Toronto Argonauts, in Toronto, on Saturday, July 6, 2019. (Andrew Lahodynskyj / THE CANADIAN PRESS)

VANCOUVER - The BC Lions have signed Canadian receiver Lemar Durant to a two-year contract extension.

The native of Coquitlam, B.C., set career highs in receptions (57), receiving yards (810) and touchdowns (five) in 15 games this year before suffering a season-ending foot injury. Durant, 27, was named the team's top Canadian.

The 6'2", 218-pound Durant signed with his hometown team after four years with the Calgary Stampeders.

“It was great to return home this season and play in front of family and friends for an entire season,” Durant said in a statement. “Knowing I'm going to be a Lion for two more years is an amazing feeling, but my focus is squarely on winning a championship.”