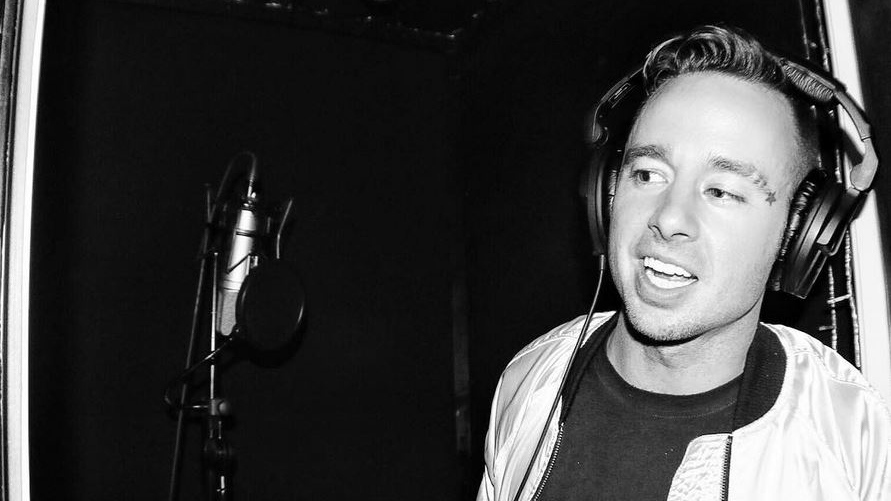 Jon James McMurray is seen in this image from his Instagram page.

VERNON, B.C. -- A 34-year-old rapper who fell to his death in British Columbia while performing a stunt that involved rapping while walking on the wing of a plane was a "beacon of light to follow your dreams," his management team says.

Jon James McMurray died Saturday filming a project he had been working on for months, a statement from the team said. He trained "intensively" for the stunt, it said.

"However, as Jon got further out onto the wing of the plane, it caused the small Cessna to go into a downward spiral that the pilot couldn't correct," the statement said.

"Jon held onto the wing until it was too late, and by the time he let go, he didn't have time to pull his chute. He impacted and died instantly."

The team said the plane and the pilot later landed safely.

McMurray was born in Calgary and grew up skiing in the Rocky Mountains, the team said, and he became an accredited professional skier. But after suffering a broken back and shattered heel, he poured his ambition into a music career.

"His passion for making music videos and performing stunts were combined, and Jon pushed music in a new direction that was uncharted territory," the team said.

He was an "incredibly passionate" person who was always smiling, the team added, and he would want everyone to continue to be inspired through his music and life message.

His parents, brother, wife and countless friends are mourning him, and a GoFundMe page has been set up to help with his celebration of life, it added.

The Vernon North Okanagan RCMP detachment said its officers were called to a field near the community of Westwold on Saturday to investigate the sudden death of a man.

RCMP Const. Kelly Brett said police, the coroners service and Transportation Safety Board are all investigating the death.

BC Coroners Service spokeswoman Barb McLintock said the man was part of a team making videos involving aircraft stunts and parachuting. There were two planes involved and no one else was injured, she added.

Professional skier Rory Wayne Bushfield said he'd been friends with McMurray since they were 13 years old, and the rapper was an amazing skier who was the first in the world to backflip from one rail to another.

He had an "unbelievable talent" for music, playing in a rock band when he was younger before turning to rap, Bushfield said.

"It was a tragedy when he broke his back ... but he took that as a positive and it drove him to do some incredible things," he said.

The friends started doing silly stunts together to make videos to entertain their friends, he said, and McMurray carried his love of stunts into his music career.

He was determined to complete the airplane stunt and practiced for months, Bushfield said.

"He planned for everything. It should have been straightforward. It's one of those things. We're not really sure what happened."

Bushfield said he hopes that others discover McMurray's music and remember him for his smile and positive attitude.

"Life is short, we all know that. He shone so bright. We know he knew the risks," he said. "He's inspired us so much and will forever."