Two million Canadians a year flock to Mexico to vacation, many of them to the coastal city of Puerto Vallarta, where endless beaches and ritzy resorts beckon to heat-seeking northerners.

But away from the tourist hot spots and all-inclusives, life for many Mexicans is harsh. Near the outskirts of Puerto Vallarta is Colonia Magisterio — an area rife with poverty, and where the people struggle to subsist.

That’s where they found him. After being alerted to a dog in severe medical distress on May 20, staff from the Puerto Vallarta SPCA, including shelter manager Dora Chavira Prieto, searched the area for hours before finally spotting him lying beneath a tree — for how long was anyone’s guess. Chavira Prieto knelt down to access the starving creature — a dog almost impossible to distinguish from the dust and dried leaves around him, his skin cracked and swollen with little or no hair coat. He was barely moving and offered no resistance.

"We couldn’t really believe it, he was the same colour as the dust," Chavira Prieto said. "I was thinking, he’s going to die soon if we don’t help him."

So she did what she and others from the PV SPCA have done so many times: she gathered him up and rescued him. 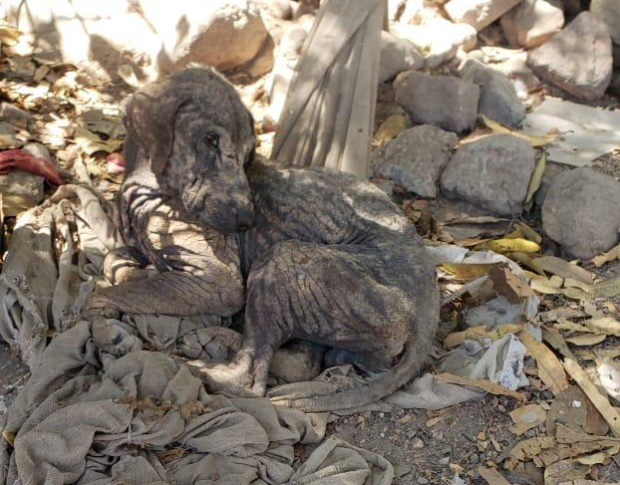 They called him Dusty and the two-year-old mixed-breed dog is now safe at the PV SPCA sanctuary, a 20-minute drive from downtown Puerto Vallarta, over rough roads, and at this time of year, past parched vegetation, and finally down a long driveway to an expansive property, with facilities to care for more than 100 stray and abandoned dogs. Dusty immediately received veterinary care and will begin treatment soon for the two types of mange he carries. He is emaciated but is accepting food, and as importantly, the loving care of staff and volunteers.

For 12 years animals like Dusty, mostly dogs, have been given a second chance to experience good health, new homes, and the joy of belonging to a family — because of the PV SPCA, the brainchild of a California woman named Janice Chatterton, its powerhouse founder. Chatterton oversaw, fund-raised, and managed the charity, with a determination that some say has inspired a cultural shift on how dogs are treated in Puerto Vallarta.

"This is a world-class facility," said Stephanie Dubinsky, a Canadian who has been with the PV SPCA from the beginning. "She was the fearless leader."

But now the fate of the sanctuary is uncertain. Janice Chatterton is gone: she died in March after a sudden illness, and her fundraising and business acuity the sanctuary relied on to do its work is gone as well. For Dubinsky the idea that Chatterton’s dream may be in jeopardy is unthinkable.

"This organization and this facility has housed literally thousands of dogs and rescued them off the streets," she said. "We’re taking in dogs that can’t walk anymore, whose limbs have been severed, who are dragging themselves, who are near starvation." In other words, dogs that likely would otherwise be dead.

"In Canada alone there are 2,000  dogs that have come from that charity, that have come to Canada," said Vancouver’s Deanna Pacitti, board member of PVCA Animal Rescue, the Canadian arm of the Mexican shelter. "That’s a lot of dogs — 300 dogs a year off the streets, which in and of itself is amazing." 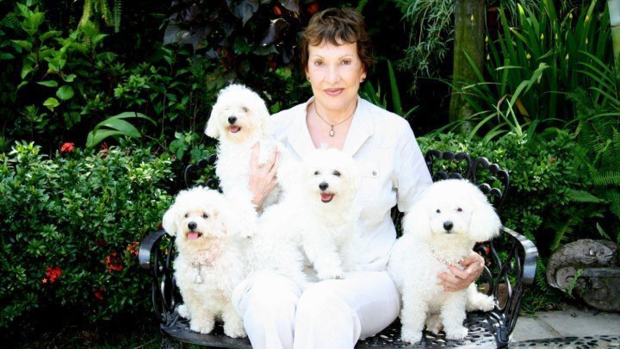 The non-profit charities work together to adopt dogs from Mexico to Washington, Oregon, Alberta and B.C., one at a time, that are fully vetted, spayed or neutered. Pacitti remembers Chatterton being especially impressed with the efforts from the north:

"She said Canadians always step up — she said, whenever I’m in a jam and I don’t have a place for a dog, there’s always a Canadian that puts up her hand and says, 'I will take that dog.'" A network of volunteers in Metro Vancouver and on Vancouver Island help with everything from fostering dogs in preparation for their new families here, to transporting them from the airport, to supporting new adopters with training and problem-solving.

But it is maintaining and operating the physical shelter in Puerto Vallarta that has those devoted to keeping it running, like Dubinsky, worried — costs are high and the dogs keep coming. Dogs like Dusty. Dogs in desperate need of a second chance.

"I can tell you a hundred dogs that I know personally, that came in looking just like Dusty that are living happily ever after — and once in awhile you actually run into them," Dubinsky said. "And you’re like, you’ve gotta be kidding me — this is that dog that was 20 pounds and I picked up off the street, and was taking its last breath, and now it’s living in beach-front Vancouver Island."

Since Chatterton passed away there are half as many dogs being cared for at the shelter — an uncertain future has forced them to scale back until they can establish steady funding. They are still rescuing dogs like Dusty, but when Chatterton was alive she gave a stability to the sanctuary and its work that will be difficult to replace, as will the impact her inspirational dedication had on those around her. Dubinsky says the 84-year-old would be at the shelter three times a week, providing hands-on medical care to the dogs, bathing them, and sometimes hand-feeding those too weak to stand up. "That’s just the type of lady she was," Dubinsky said. "She was never going to quit — everything was for the dogs."

Dusty meanwhile remains in the sanctuary’s quarantine ward. His life has changed dramatically. 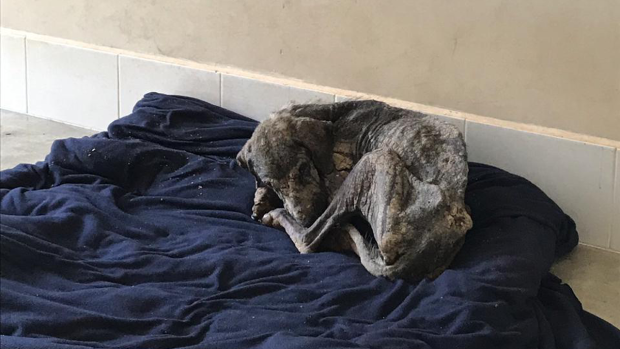 "Two days later he’s already considerably better," Dubinsky said. The hope is within six months he’ll be recovered and a candidate for a new home, possibly in B.C. It’s the outcome the shelter’s late founder dreamed of for all the strays of Puerto Vallarta.

"Janice said to me over Christmas, 'I don’t feel like I’ve done enough,'" Pacitti said. "And all of us are like, are you kidding, what you’ve done is amazing."

Dubinsky agrees. "I think she would be very proud of the way that we’re continuing to run the facility — it is absolutely up to her standards," she said. "We’re just trying to live up to her legacy."