Canada Line increasing its commuter capacity by 35% by spring 2020 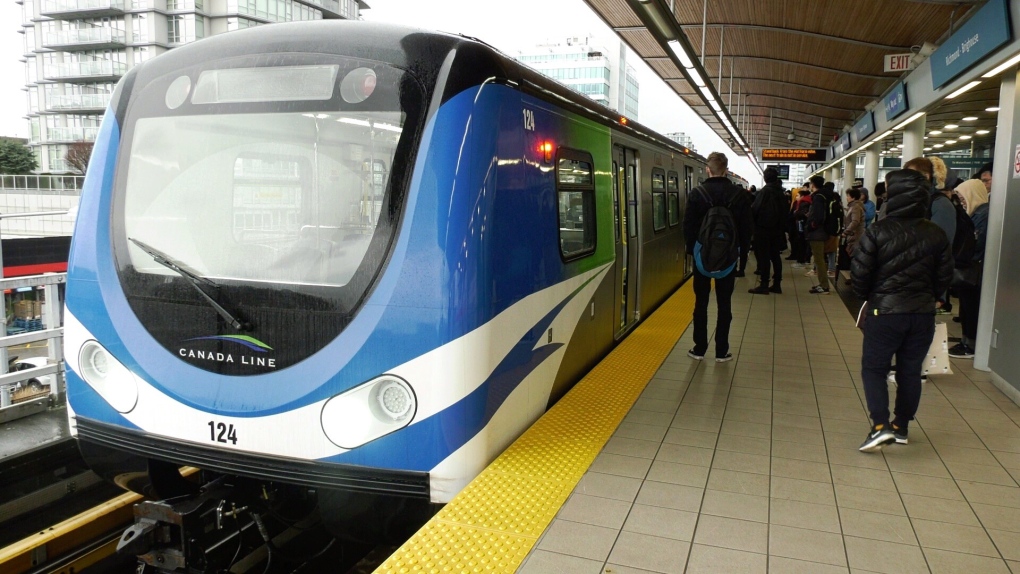 RICHMOND, B.C. -- The Canada Line will increase its commuter capacity by 35 per cent by the spring, officials announced Tuesday.

Richmond Mayor Malcolm Brodie announced at Brighouse Canada Line Station that four new trains are now in service on the line that runs from downtown Vancouver through Richmond.

“Starting today, with more trains as part of Phase 2 of the mayors' vision,” said Brodie. “There will be a 15 per cent service increase during peak hours coming to the Canada Line.”

An additional eight more trains will be added by the spring of 2020, bringing the total of new trains to 12.

“Fifteen per cent increase today - that’s capacity for 800 additional riders during peak period,” said Translink CEO Kevin Desmond. “Later on, in the spring, when we get up to the 35 per cent increase, that’s another 1,200 capacity. So total, we will be able to carry another 2,000 people during the peak.”

A federal representative also attended the news conference, and pointed out the positive environmental impact of getting more trains on the tracks.

“Once you can get cars off the road, you lower greenhouse gas emissions,” sayid Vancouver Centre Member of Parliament Hedy Fry. “Get people to move in public transit. People can get there faster.” 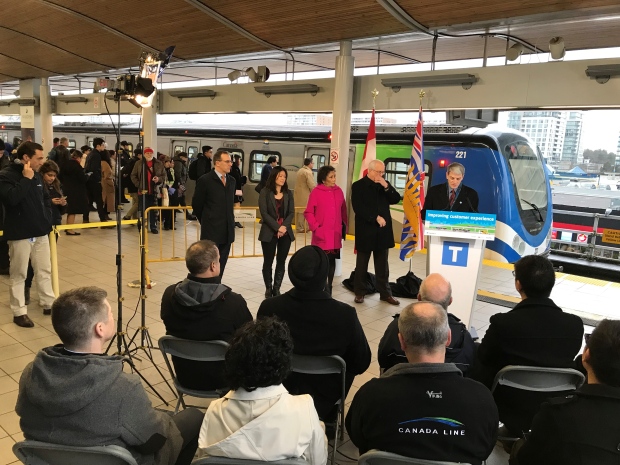