Brother of Surrey Six murderer charged in the case 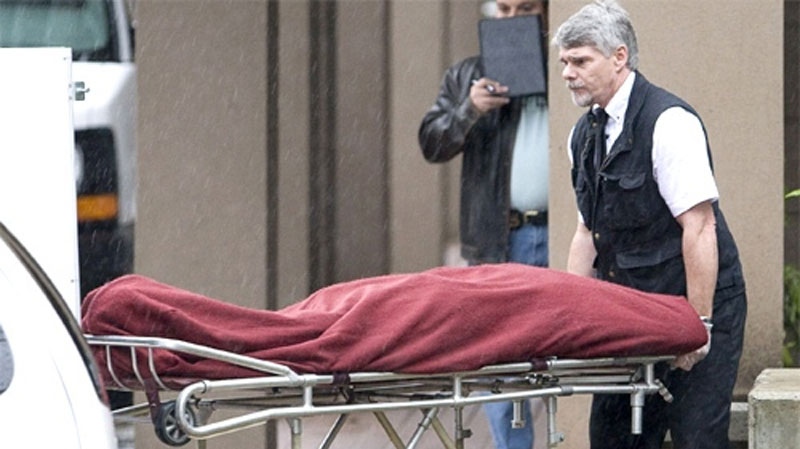 The body of one of the Surrey Six murder victims is loaded onto an ambulance in Surrey, B.C., Sunday, Oct. 21, 2007. (Jonathan Hayward / THE CANADIAN PRESS)

Surrey Six killer Cody Haevischer’s brother has been arrested and charged in connection with the notorious 2007 gang murders, the Crown confirmed Tuesday.

Mounties arrested Justin Lee Haevischer, who was wanted on an outstanding warrant, at Edmonton International Airport on Monday after a passenger caused a disturbance on a plane.

The 28-year-old is charged with being an accessory after the fact to murder and scheduled to appear in B.C. Supreme Court on Christmas Eve.

His brother and Matthew Johnston were both found guilty of conspiracy and six counts of first-degree murder in the case earlier this year. Both were sentenced to life in prison.

The court heard the Surrey Six slayings started as a plot to kill one rival gangster, but blundered into five other deaths.

Innocent bystanders Christopher Mohan and Ed Schellenberg were among the victims.