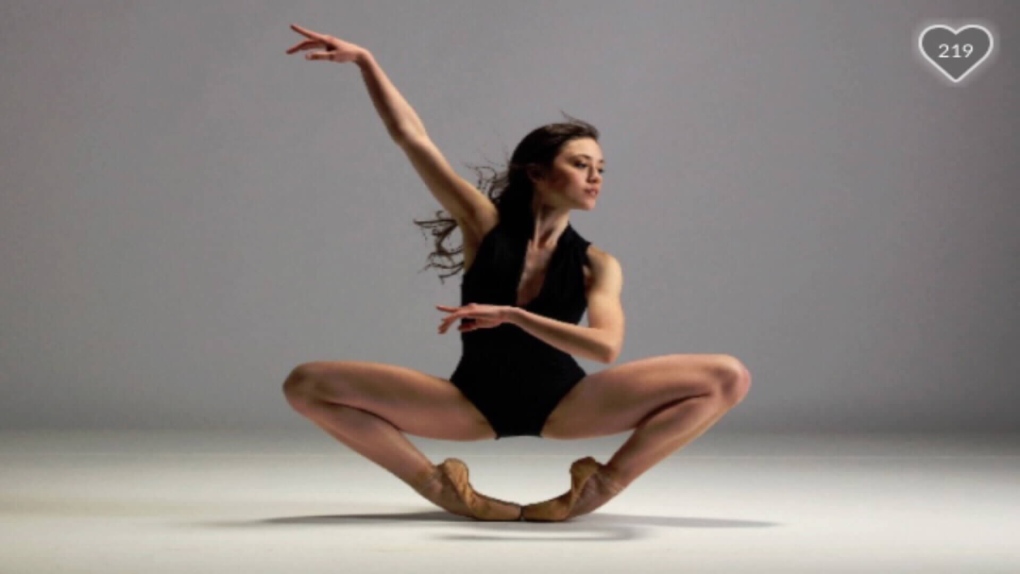 Lucila Munaretto came to Vancouver in 2012 when a scout from Coastal City Ballet offered her a scholarship. (Handout)

The Argentinian ballerina who was left in a coma after a rollerblading accident in North Vancouver is now awake, but faces an uphill battle on her road to recovery.

Lucila Munarette collided into the side of a mini-van after coming down a steep hill and failing to stop at an intersection two weeks ago.

She was put into a medically-induced coma in the ICU at Lions Gate Hospital after undergoing extensive surgery to stabilize her spine and reconstruct her jaw.

But the 20-year-old’s friends say the dancer is now awake, and has begun speaking.

In a GoFundMe page raising money for her treatment, her friends said she’s slowly coming to realize the extent of her injuries, and is undergoing memory tests.

“She shocked the doctors by her alertness as she explained to them the pains she was feeling and the memories she knew. We are thrilled and cannot believe the miracle before our eyes,” a friend wrote on the page.

Munaretto, who was not wearing a helmet at the time of the crash, suffered a brain injury, though her friends say it’s been downgraded from severe to moderate.

The nerve that controls her lower lip was severely damaged in the accident, and it was unsure she’d be able to have full movement again. But her friends say she’s making tremendous gains in her rehabilitation.

“This brave, little, warrior ballerina will conquer everything and the surgeon told us that she has made a five-week jaw recovery in 10 days,” a post on the fundraising page reads.

“We are all extremely happy to see the progress Lucila is making and completely surprised at the same time.”

Close to $38,000 has been raised to cover the cost of her recovery.

Munaretto came to Vancouver three years ago after being offered a prestigious scholarship from the Coastal City Ballet. Her family had previously moved from their native Argentina to Brazil so she could attend the Bolshoi Theatre School.