Being unable to see your speedometer is not an excuse for speeding: Delta police 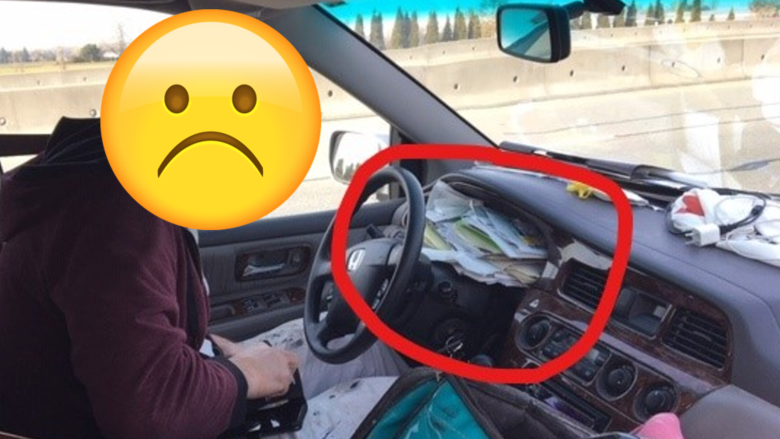 VANCOUVER – Just because you don't know how fast you're driving, doesn't mean you can go above the speed limit, Delta police are warning motorists.

That's the lesson one driver learned recently, after he was pulled over by police for excessive speeding.

On Wednesday morning, the Delta Police Department posted on Facebook saying the driver they pulled over "expressed surprise" and told the officer he "didn't realize" he was going above the limit.

That came as no shock to the officer, however, as the driver's entire dashboard was blocked by a stack of papers.

"This excuse did not prevent him from getting a ticket," Delta police's Facebook post says, which includes a photo of the driver's cluttered dash.

"By putting these kind of stories out there, we really want people to kind of reflect when they get behind the wheel, things can go wrong in less than a second and those choices that drivers make beforehand will make a difference as to what happens in that second," Cris Leykauf, public affairs manager with DPD told CTV News Vancouver last month.

In this case, officers hoped to remind drivers that blocking dashboards and views is not an excuse for breaking the rules of the road.

"Drivers, please make sure you can readily see your dash and mirrors, and that the view out your windows is not obstructed by anything inside or outside your vehicle," Delta police's Facebook post says.