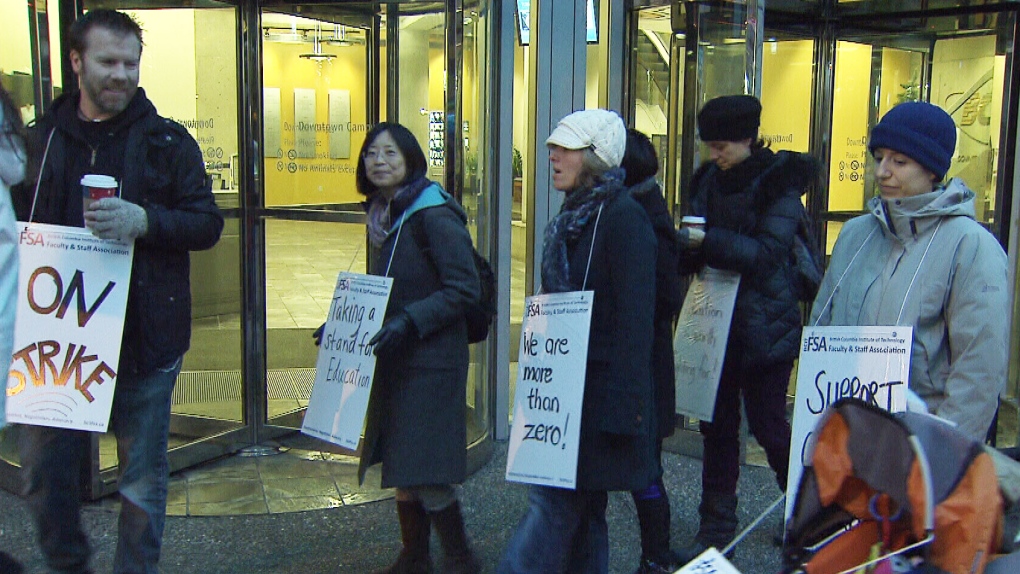 Faculty and staff at BCIT are staging another one-day strike to back contract demands -- and students at the institute aren't happy about it.

The student association has fired off a letter to Premier Christy Clark, urging the Liberal government to negotiate with union members who have been without a contract for more than two years.

BCIT's faculty and staff association has set up picket lines Wednesday at all of the institute's campuses, except the aerospace facility in Richmond.

The association says BCIT is ready to offer a new contract containing a four per cent raise over two years but the provincial government has refused to allow the offer to proceed.

BCIT classes during the day have been cancelled except those at the ATC. Evening classes will not be affected.