Bank of Canada keeps key rate on hold at 0.5 per cent 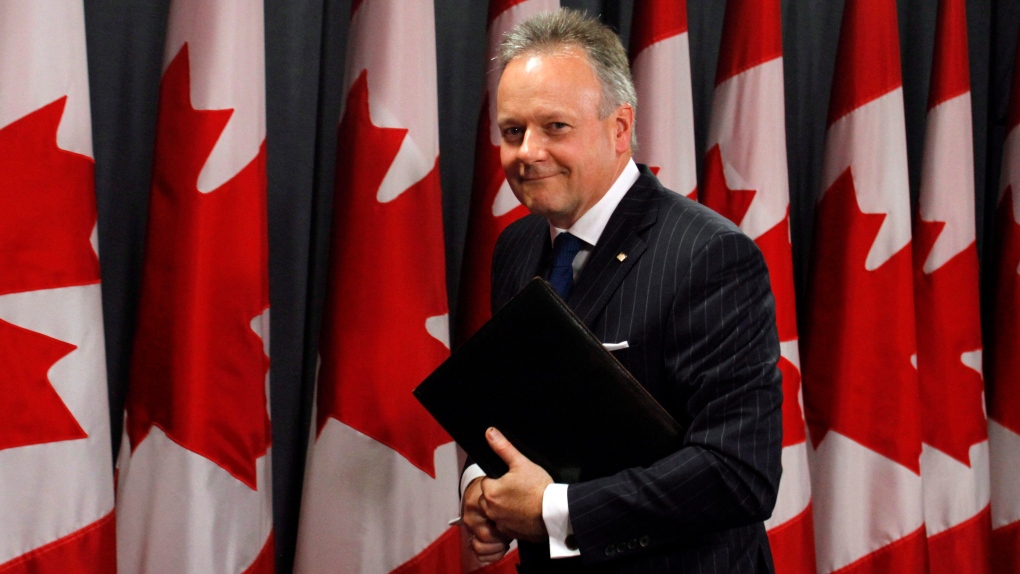 FILE - Governor of the Bank of Canada Stephen Poloz concludes a news conference in Ottawa, on Thursday, June 11, 2015. (THE CANADIAN PRESS/Fred Chartrand)

OTTAWA - The Bank of Canada kept its key interest rate on hold at 0.5 per cent on Wednesday and said the country's resource sector continues to adjust to lower prices for oil and other commodities.

“These adjustments are complex and are expected to take considerable time,” the central bank said in its interest rate announcement.

“Economic activity continues to be underpinned by solid household spending and a firm recovery in the United States with particular strength in the sectors of the U.S. economy that are important for Canadian exports.”

The decision by the central bank was in line with economists' expectations.

Sherry Cooper, chief economist of the Dominion Lending Centres, said the central bank had been disappointed with the export sector, but more recent data that has improved considerably.

“That is a result of the decline in the Canadian dollar as well as the strength in the U.S. economy, both of which helped offset the negative effects of the havoc that has been wreaked in the oil sector,” she said Wednesday.

Cooper said if the signs of growth of for the third quarter hold steady, the Bank of Canada will likely keep its key rate on hold for a “considerable period.”

The Bank of Canada said the latest data confirm exports that are sensitive the changes in exchange rates are regaining momentum but the overall export picture is still uncertain.

It cut its overnight rate target by a quarter of a percentage point to 0.5 per cent in July. It was the second time the central bank cut this rate this year, which also reduced by a quarter point in January. The rate is influential with the country's big banks, which lowered their prime rates and some mortgage rates after the central bank's moves.

The stimulative effects of the earlier cuts are working their way through the economy, the Bank of Canada said Wednesday.

However, it noted increased uncertainty about growth in China and other emerging markets is raising questions about the pace of global recovery. It says the uncertainty is contributing to volatility on the financial markets.

“Movements in the Canadian dollar are helping to absorb some of the impact of lower commodity prices and are facilitating the adjustments taking place in Canada's economy,” the central bank statement said.

Statistics Canada reported earlier this month that the economy contracted in the second quarter, in line with the Bank of Canada's expectations, although June showed an increase.

That was followed by better-than-expected trade results for July and a stronger-than-expected jobs report for August that suggested the economy is pulling out of the slump that saw it contract in the first two quarters, putting the country into a recession.

Inflation has also ticked higher in recent months as rising food prices have offset lower gasoline prices, while core inflation - which excludes some volatile items - has been above two per cent for a year.

In its statement Wednesday, the Bank of Canada said inflation has “evolved in line” with its July monetary policy report.

The Bank of Canada's next rate announcement is set for Oct. 21 when it is also scheduled to release its updated outlook for the economy and inflation in its monetary policy report.