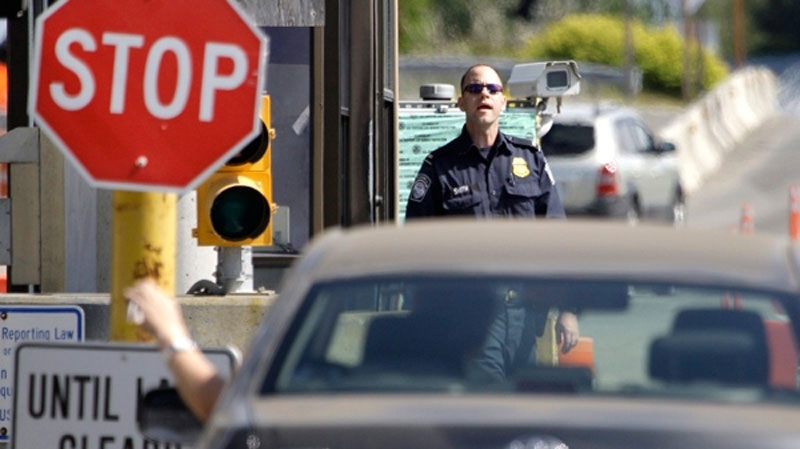 A U.S. Customs and Border Protection officer looks toward a car coming toward him at the border crossing between the U.S. and Canada, in Blaine, Wash. on Saturday, May 30, 2009. (Elaine Thompson/AP)

BLAINE, Wash. - American border officers managed to revive a baby girl who stopped breathing while she and her mother were in line to cross into the United States.

The U.S. Customs and Border Protection office says the mother and her infant were waiting on Friday at the crossing in Blaine, Wash., when the woman called for help.

The office says the mother noticed her daughter wasn't breathing and appeared to be turning blue.

Customs officers began administering first aid and were able to get the baby breathing again and she regained consciousness.

The woman and her daughter were transferred to Canadian medical services and taken to hospital in B.C.

Area port director Kenneth Williams says the quick response by the officers shows their commitment to protect the community and the travelling public.