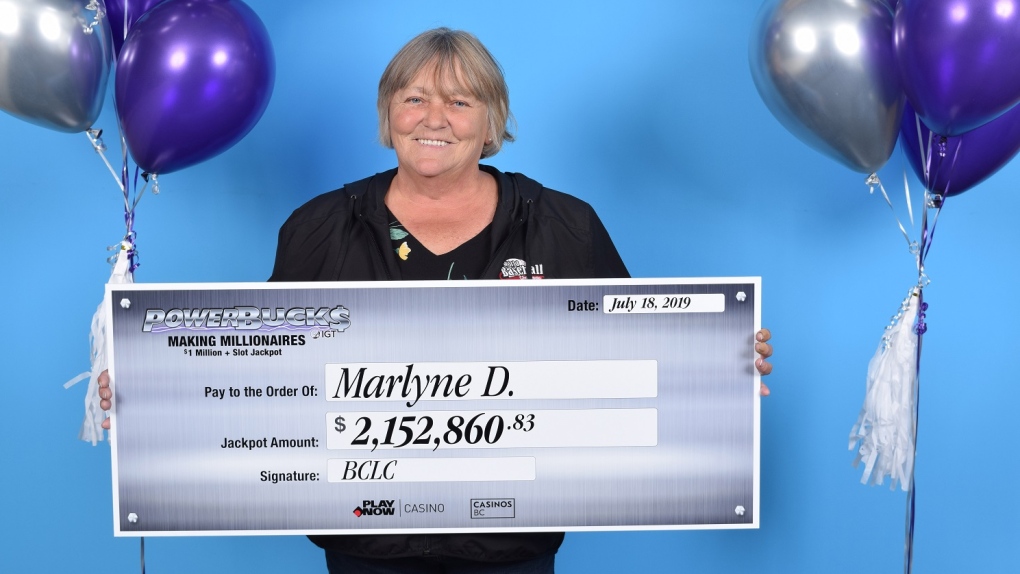 From chewed fingernails to being unable to eat, a Prince George woman says she went through a range of emotions after winning a $2.1 million slots jackpot.

Marlyne Dumoulin had bet $3 at a slot machine at the Treasure Cove Casino in Prince George on July 13, when she was declared a winner.

"I was just in shock. I thought I had won $2,100, but my husband who was sitting beside me said he thought it was a lot more than that," said Marlyne.

At a press conference, Marlyne sported bandaged fingers, which she attributed to biting nervously after winning the jackpot.

"She would've chewed her toenails if she could reach them," said her husband Andy.

Marlyne said she didn't eat or sleep for the first two days after winning the prize.

The BC Lottery Corporation says Dumoulin's win is the largest ever Powerbucks progressive jackpot.

The jackpot grows as people place bets across other Canadian jurisdictions, with a portion of every wager being added until it's won.

The Dumoulins say they're overwhelmed by the prize and are planning on doing some travelling – "wherever the motor home steers" – but haven't yet figured out further plans.