B.C. wildfires: Nearly all fires started so far this year were human-caused

B.C. wildfires: Nearly all fires started so far this year were human-caused 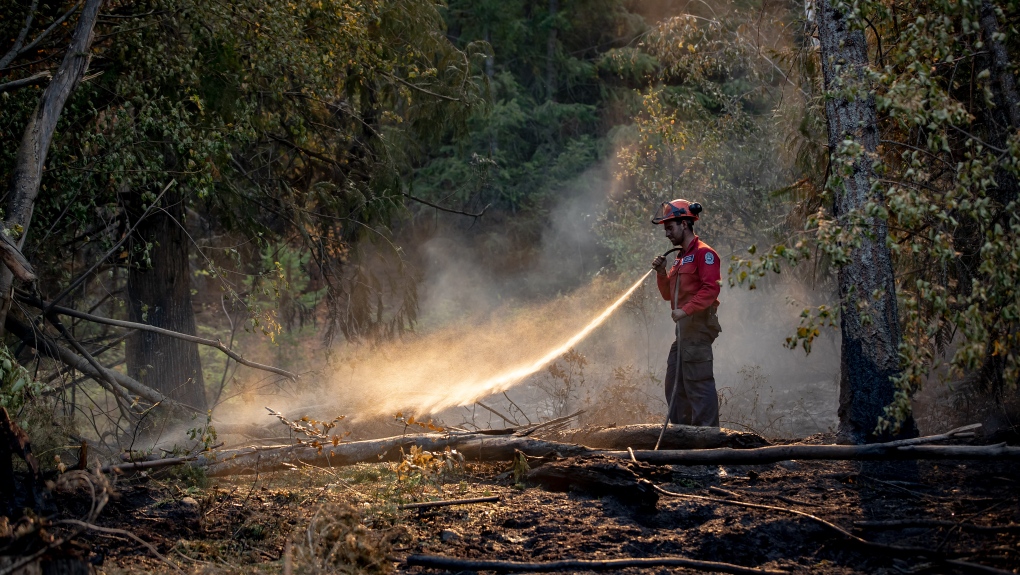 More than two dozen wildfires have already been recorded in B.C. this month and nearly all of them are classified as human-caused, provincial data shows.

So far this fiscal year, which began on April 1, 26 wildfires have been noted in the province by the B.C. Wildfire Service. Of those, six remained active as of Tuesday morning and most are in the Kamloops and Cariboo fire centres.

Taylor Colman, information officer with BC Wildfire Service, told CTV News Vancouver these numbers are fairly average for this time of year. In fact, last year, 27 fires were recorded in the first 11 days of the new fiscal year.

One difference from last year, however, is the conditions. December, January and February were colder than usual, while March was a little more dry. But April has had a wet start, Colman said.

"The majority of the province last year had below-average levels of precipitation and snowpack, so we were going into the spring last year with a little bit more drought than this year," she said.

Last year's wildfire season had some devastating impacts with several communities across the province being forced to evacuate. In some cases, homes were lost, and the entire village of Lytton was destroyed.

All but two of the 26 fires recorded so far this year have been classified as person-caused. The cause of the last two fires remains unknown.

Colman explained fires classified as being started by people include those caused by cars, cigarettes, camping, trains and controlled pile burns.

She also said it's not unusual for the majority of the fires to be caused by people at this point in the season, as lightning is more common later on in the year. Even if there is lightning, the natural fuel isn't dried out enough yet for a fire to quickly spread.

"If there is a lightning-caused fire, which is sort of rare this time of year, the conditions surrounding it aren't super extreme like the summer time where we see super fast growth," Colman explained.

"With the lack of lightning it's definitely not uncommon that we see the human-caused fires as the majority. But moving into the summertime we can see that shift where we get more natural-caused fires."

Colman said it's too early to tell what kind of wildfire season is coming for B.C., but reminded residents to practise wildfire safety by having adequate water on hand to supress any fires.

"Wildfire prevention is a shared responsibility," she said.