B.C. wildfires: Here's how much was fundraised for victims at provincial liquor, cannabis stores 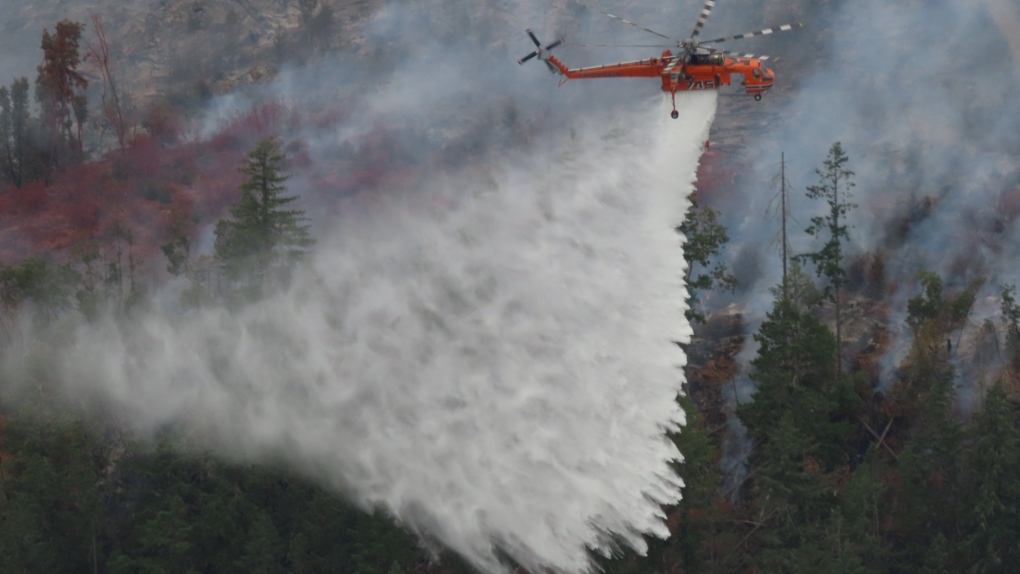 Crews battle the Mt. Hayes Fire near Ladysmith, B.C. As of Aug. 22, 2021, the fire was classified as being held. (BC Wildfire Service/Twitter)
Vancouver -

The B.C. government says customers at the province's liquor and cannabis stores donated more than $1.45 million to the Canadian Red Cross to help residents affected by wildfires.

That amount will be matched by both the province and the federal government for a total exceeding four million dollars.

The Red Cross's regional vice-president Patrick Quealey says every dollar will go toward providing much-needed support now and in the months ahead.

The BC Liquor Distribution Branch is an official disaster-relief supporter for the Red Cross, and its next fundraising campaign in both liquor and cannabis stores between November and January, will be in support of food banks.