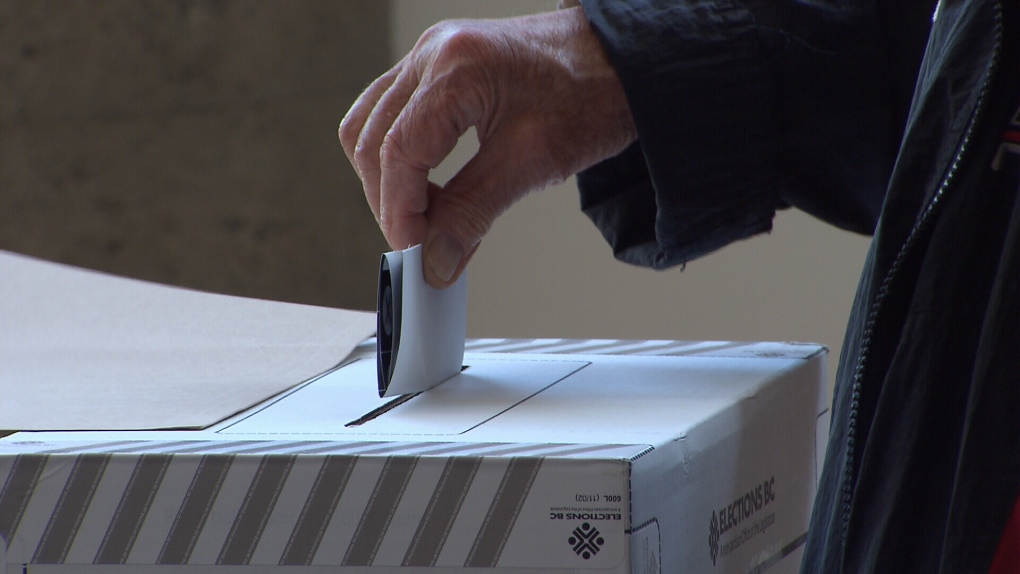 VANCOUVER -- Some 1.8 million British Columbians cast a ballot in the 2020 provincial election, which represents a significant drop in turnout from 2017.

That's according to the preliminary turnout estimate released Monday by Elections BC, which reported 546,877 people voted in person at their assigned polling place on Saturday.

Another 670,324 cast their ballot at an advanced voting location, and approximately 525,000 returned a mail-in ballot by Friday morning.

Elections BC noted that number "does not include mail-in ballots returned by voters in person to voting places or district electoral offices before the deadline."

"The preliminary estimate of voter turnout will likely increase when mail-in ballots dropped off in person are accounted for. Elections BC will update its estimate of the number of mail-in ballots when a more accurate count is available," the non-partisan office said in a news release.

If the total doesn't increase substantially in the final count, the 2020 election could have the lowest turnout in the history of B.C. provincial elections. The 2009 election currently holds that dubious distinction, with 55.14 per cent turnout among registered voters.

Another 85,000 absentee ballots were collected over the course of the election, which will be included in Elections BC's final count along with the mail-in votes.

All told, the numbers indicate 52.4 per cent of B.C.'s registered voters took part in the 2020 election, a decrease of about nine percentage points from last time.

While there weren't many more ballots cast in 2017, Elections BC said the number of registered voters in the province has grown significantly over the past three years.

Nearly 1.99 million people voted in the last provincial election, which represented 61.18 per cent of the 3.25 million voters who were then registered in B.C.

The number of registered voters as of Sept. 26 had grown to 3.48 million, according to election officials.

Elections BC said it will be releasing a more accurate turnout number when it's available.