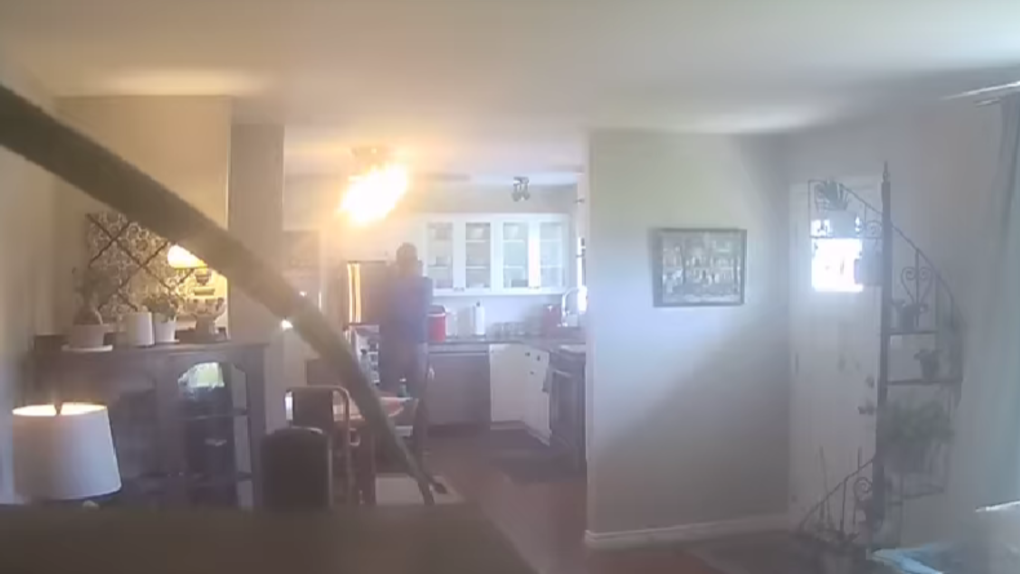 This screenshot from a video posted to Facebook by Lyska Fullerton shows a Realtor in B.C. drinking her milk straight out of the carton.

A Realtor in B.C. has been suspended after he was caught on camera drinking milk straight out of the carton in a home he was showing.

Lyska Fullerton, the Kamloops homeowner, posted a video of the incident on Facebook saying she was "beyond disgusted" by the behaviour.

The video shows a man walking around the kitchen, adjusting the blinds to let in a little more sunlight before making his way to the refrigerator. He then removes a carton from a shelf, and although his back is turned appears to bring it to his lips – the sound of liquid being swallowed can be heard faintly in the empty home.

Fullerton's post identifies the man as Mike Rose, with Royal LePage Kamloops Realty. It notes Rose is not the home's listing agent.

"So tell me what you would do?" it asks.

"He drinks milk straight out of the container, puts it back then looks for something else to consume … If your home was shown by this guy and you have cameras maybe you should check them."

The post also claims Rose damaged a couch by sitting on the arm, but no video of that is provided.

The owners of the brokerage, in a statement, have confirmed Rose was suspended due to "his conduct while showing a house in the Kamloops area." Brian Ledoux and Tyler Becker added that they will not be providing additional details or information until an investigation has been completed.

"Our brokerage firm, Royal LePage Kamloops Realty, takes the actions of the Realtors who work with us very seriously. All Realtors sign a code of conduct and through the Canadian Real Estate Association, are held to a high standard of ethics," reads.

A spokesperson for the owners also said Rose has apologized to the client. CTV News Vancouver has asked Rose for comment and this story will be updated if a response is received.