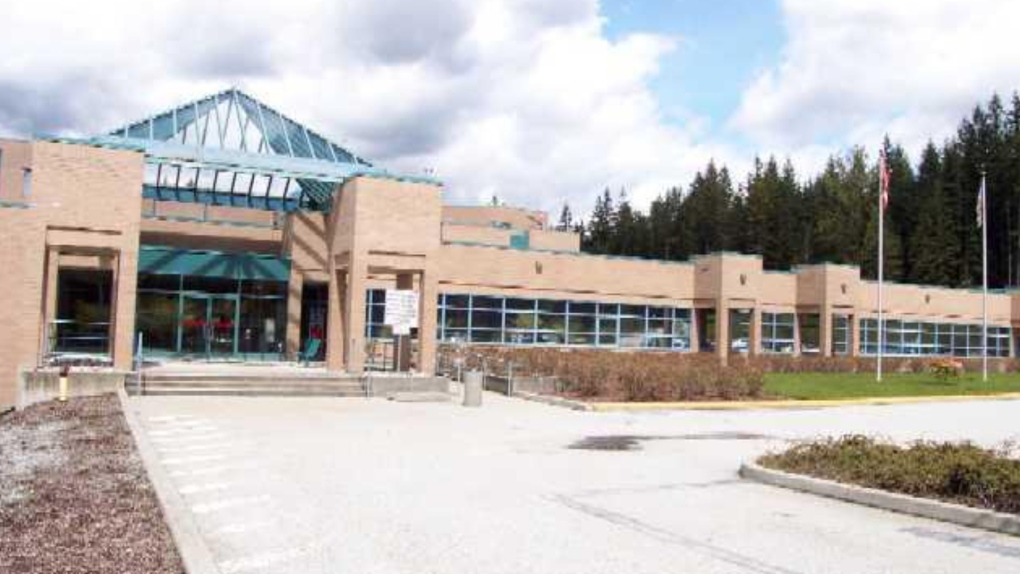 VANCOUVER -- The mother of an inmate at a prison in B.C.'s Fraser Valley says her son and other prisoners have been asking for masks and other personal protective equipment since the start of the COVID-19 pandemic, but weren't given any until several people in their cohort had tested positive for the disease.

"Each tier, I'm sure, is asking for gloves, for masks, but my son's tier didn't get any until they were all positive," said Tery, who asked CTV News Vancouver not to share her last name out of concern that her son could face repercussions for her speaking out.

"My son's tier just got masks not even two weeks ago," she said. "There's something wrong with that."

Tery's son has been incarcerated since Jan. 2019, first at North Fraser Pretrial Centre in Port Coquitlam and, after a few months, at Fraser Regional Correctional Centre in Maple Ridge.

He's serving a two-year sentence for robbery, a crime Tery says he committed because he was addicted to drugs. She says her son is sober now, and he's due to be released as early as March 1.

That's a concern for her, given his recent COVID-19 diagnosis and continued exposure to other prisoners who are also infected.

Fraser Health told CTV News a total of 30 inmates and five staff members at Fraser Regional Correctional Centre have tested positive for the coronavirus. An outbreak was declared there in late January.

Tery is convinced the coronavirus was introduced to her son's tier by a guard.

A fact sheet from BC Corrections indicates that new prisoners are isolated for 14 days upon their arrival at prison facilities, before being integrated into the rest of the prison population. In-person visits with inmates are also prohibited, and even lawyers meeting with clients are required to do so with glass between them, if not by phone or video call.

All staff and contractors in BC Corrections facilities are required to wear face masks, as are prisoners who are escorted to off-site appointments for any reason. Incarcerated people are not required to wear masks during their day-to-day activities at B.C. prisons.

"Living units, like households, contain people who have self-isolated as a group and do not pose a transmission threat to one-another," the BC Corrections fact sheet says.

Whether the virus was introduced to Fraser Regional by a guard or by someone else, it's now an issue Tery and her son must grapple with, and one that she feels could have been avoided if prisoners who were asking for masks had been given them.

"Now, my son's getting released," she said. "What are they going to do with these guys that are positive because they were in there and now they're getting released? What's going to happen? He can't come to my house."

CTV News reached out to the provincial Ministry of Public Safety to ask what special precautions, if any, are in place to prevent prisoners from bringing COVID-19 home with them when they're released from facilities with ongoing outbreaks. CTV News also asked whether the ministry feels it owes an apology to inmates who have contracted COVID-19 in B.C. prisons or their families.

A ministry spokesperson provided an emailed response that reads, in part:

The statement goes on to explain that BC Corrections informs local public health officials when a COVID-19-positive inmate is due to be released, and works with them to ensure that the person being released has suitable housing where they can self-isolate.

"BC Corrections will arrange transportation and regional health authorities may arrange accommodation to self-isolate if/when required," the ministry said. "Prior to release, PHSA-CHS provides education to COVID-19 positive individuals around the need to self-isolate, the importance of wearing masks (and) hand-washing practices, and provides individuals with masks at the time of discharge."

On the question of providing masks to prisoners while they're still in custody, the fact sheet indicates that "there may be unique circumstances" in which someone in custody is provided with personal protective equipment. The fact sheet does not describe what sorts of circumstances might prompt that decision, but says that such decisions would be assessed by the Provincial Health Services Authority's Correctional Health Services team.

The ministry said its COVID-19 protocols "continue to be monitored and are updated as new public information becomes available."

Perhaps as an example of this, the ministry said it has begun using COVID-19 rapid tests on all new admissions to custody, interfacility transfers, and planned discharges.

"Fraser Regional Correctional Centre staff are also being offered testing at this time," the ministry said.