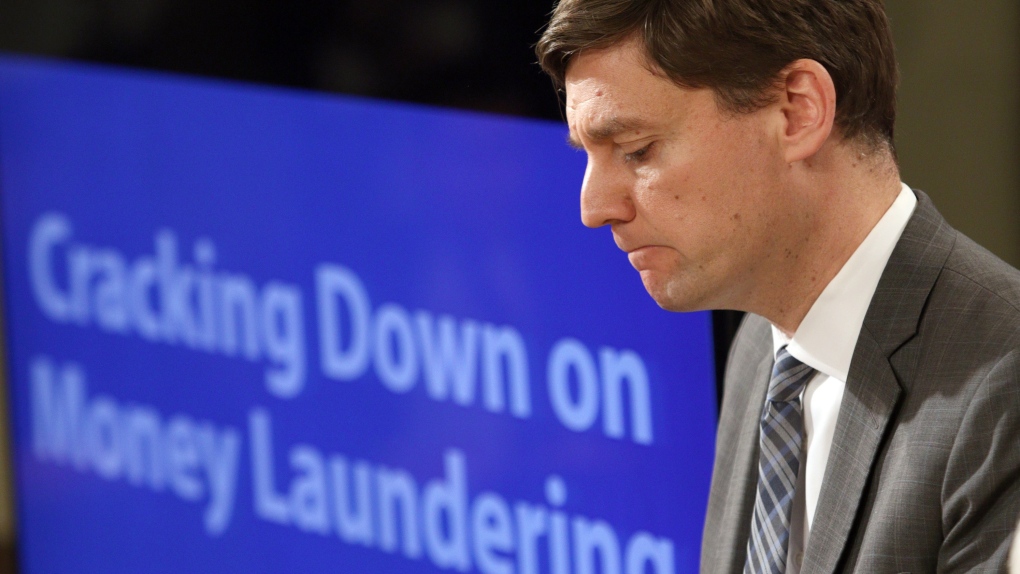 B.C. Attorney General David Eby discusses a report into money laundering in the province in this May 9, 2019 file image. (THE CANADIAN PRESS/Chad Hipolito)

VICTORIA, B.C. -- The B.C. government is giving the province's gambling regulator greater independence to set and enforce regulatory policy in the fight against money laundering.

The government says it is transitioning the gaming control and enforcement branch to a new independent gambling control office, which will focus exclusively on regulatory policy related to gambling, horse racing and responsible-gambling programs.

Until this change, the branch has set and enforced policy while also providing advice to the province on business matters involving the B.C. Lottery Corp.

He warned that dual responsibility could create conflicts of interest and impede anti-money laundering measures.

Eby says he expects the change to be effective.