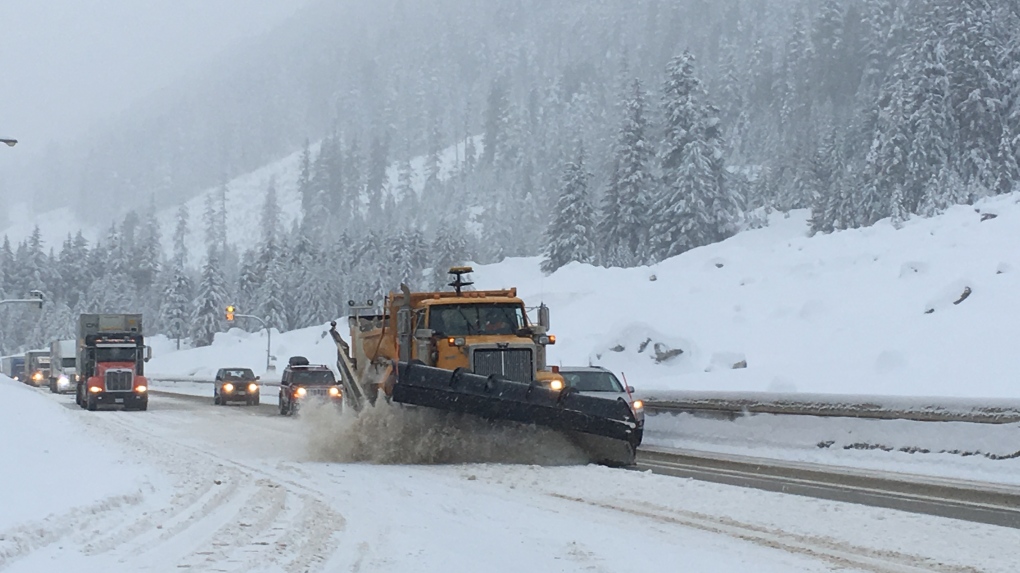 A snowy section of the Coquihalla is seen in this file photo. (Julie Nolin / CTV Vancouver)

Drivers who use certain B.C. highways will now be required to keep their winter tires on for an extra month.

The province announced Wednesday that winter tire regulations in the Southern Interior and northern parts of the province will be in effect from Oct. 1 to April 30, instead of March 31, starting this fall. The extended timeframe is meant to account for early spring snowfall that is common on mountain passes and in rural areas.

The winter tire extension is one of several changes to highway safety measures issued by the Ministry of Transportation and Infrastructure. The ministry provided few specific details on the changes this week, saying it will be consulting with those in the trucking industry and other stakeholders in the coming months.

"I have heard from people and communities throughout the province that we need to take action to improve safety on our highways," Minister Claire Trevena said in a statement.

"With that in mind, our government is moving quickly to implement changes that will ensure people are able to get where they need to go more safely through the winter months."

It is not yet known how much higher the new fines will be than the current rate of $121, but the province pointed to other jurisdictions in North America with fines as high as $1,200.

A pilot program will see commercial vehicles barred from using the far left lanes on some three-lane highway sections during winter months to ensure those lanes remain open to cars, emergency vehicles and snow plows.

Additional weather stations and overhead message signs will be installed over the next three years, at a cost of $1.8 million.