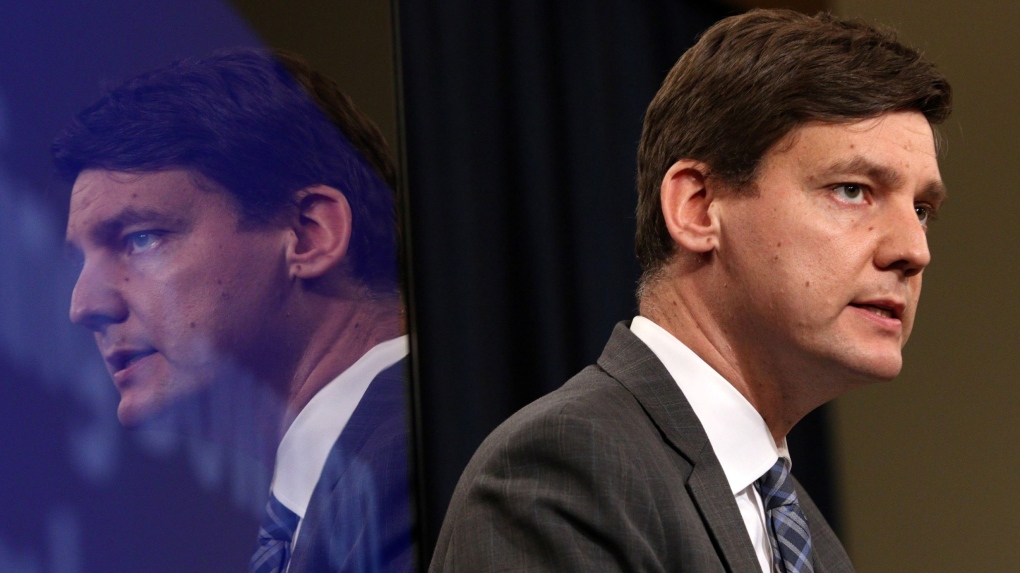 The British Columbia Supreme Court says the attorney general acted outside his authority by imposing restrictions on the number of medical expert reports that can be used in auto insurance court claims. B.C. Attorney General David Eby talks about the details found in a recent report done by an expert panel about billions in money laundering in the province during a press conference at Legislature in Victoria, Thursday, May 9, 2019. THE CANADIAN PRESS/Chad Hipolito

VANCOUVER - The British Columbia Supreme Court says Attorney General David Eby acted outside his authority by imposing restrictions on the number of medical expert reports that can be used in auto insurance court claims.

The ruling sets aside the limitation and represents a hurdle for the B.C. government after Eby introduced the change as part of a suite of initiatives to curb costs at the financially troubled Insurance Corp. of B.C.

Justice Christopher Hinkson says limiting the number of medical expert reports to three in a case is unconstitutional and encroaches on the court's jurisdiction to control its process.

His ruling says it restricts the core function of the court to decide a case fairly using the evidence adduced by the parties.

In other words, he says, it has the effect of requiring the court to play an investigatory function in place of its traditional non-adversarial role.

Changes to the public insurer's payments and procedures were announced last year, shortly after Eby referred to ICBC as a “financial dumpster fire.”

He said in February that accident injury claims have increased 43 per cent in the past five years and the use of experts has contributed to a 20 per cent rise in the corporation's injury settlements in the past year.

The latest fiscal year ended March 31 and the corporation announced in February that its projected deficit was $1.18 billion, on top of the $1.3 billion loss posted over the 2017-18 fiscal year.

The Trial Lawyers' Association of BC, which acted as a petitioner in the case, says it was concerned the proposed changes would compromise a litigant's access to a fair trial.

“Those who have suffered the most severe injuries were at most risk of unfair process,” it said in a statement after the judgment was released on Thursday. “This is because the more severe the injuries, the more experts than are generally required to understand and explain the extent of damages caused and the associated consequences.”

This report by The Canadian Press was first published Oct. 24, 2019.