'As old-boys-club as it gets': 3 female councillors leave Vancouver's NPA to sit as independents 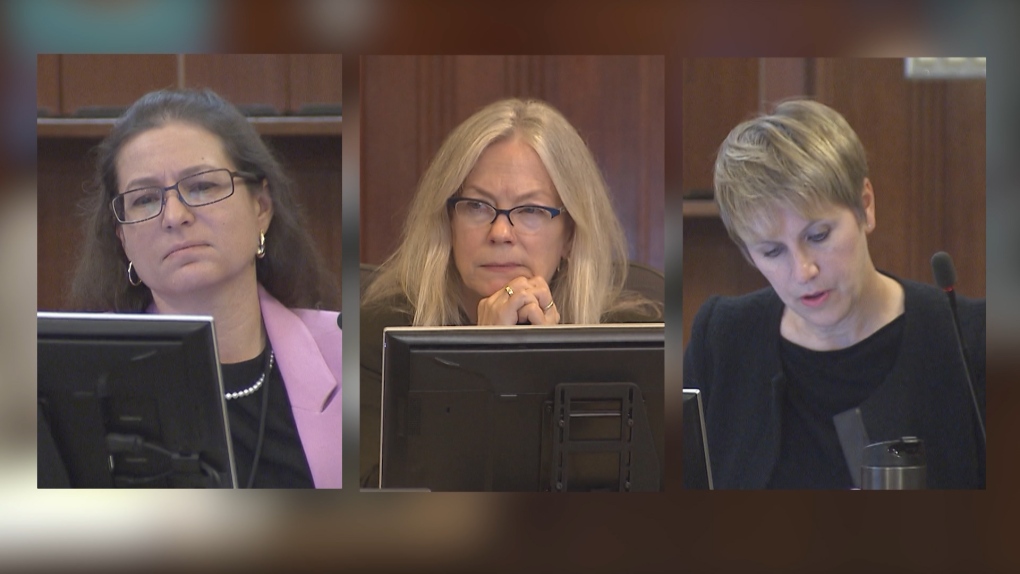 Councillors Lisa Dominato, Colleen Hardwick and Sarah Kirby-Yung all announced they're leaving the NPA to sit as independents on Vancouver city council.

VANCOUVER -- Eighteen months ahead of Vancouver's next municipal election, three female city councillors have announced they will now sit as independents.

In an open letter to NPA members and supporters, the three councillors said they have "lost confidence in the NPA's ability to govern fairly or responsibly."

The three said they were "blindsided" by the NPA board's decision to run John Coupar as the NPA's mayoral candidate for the 2022 municipal election.

"We have heard loud and clear from NPA members and supporters that the actions of the board and John Coupar do not reflect the standards of transparency, integrity and accountability we all expect from the NPA and each other," said Hardwick in a news release.

"Instead of a fair and democratic process to select the best mayoral candidate, the NPA Board and John Coupar sidelined the elected members of the NPA and made a backroom deal. By any measure, it was about as old-boys-club as it gets."

The NPA board responded by defending its selection of John Coupar and said it's looking forward to promoting "fresh new faces that will vote according to the needs of Vancouverites, not Kennedy Stewart."

"We look forward to putting forward our strongest ever slate of candidates in the next municipal election," the board said in a statement.

"The NPA is confident that Vancouverites will solidly coalesce behind an authentic leader and finally return common sense to Vancouver in 2022."

In December, Coun. Rebecca Bligh also left NPA to sit as an independent, saying the party had taken a "far-right" turn.

Her decision came shortly after the NPA elected a new board in late-December. Among those elected was Christopher Wilson, a former Rebel Media personality.

Bligh said at the time that, in addition to Wilson’s election, it was also her concern that some of the newly-elected board members are opposed to B.C. public schools’ SOGI policy that ultimately led to her decision to leave.

"For me personally as a queer woman, it felt like I represent the people of Vancouver and that is not the direction that the new board and NPA seem to be going," she said.