Almost 60% of B.C. women say they've faced discrimination because of their gender 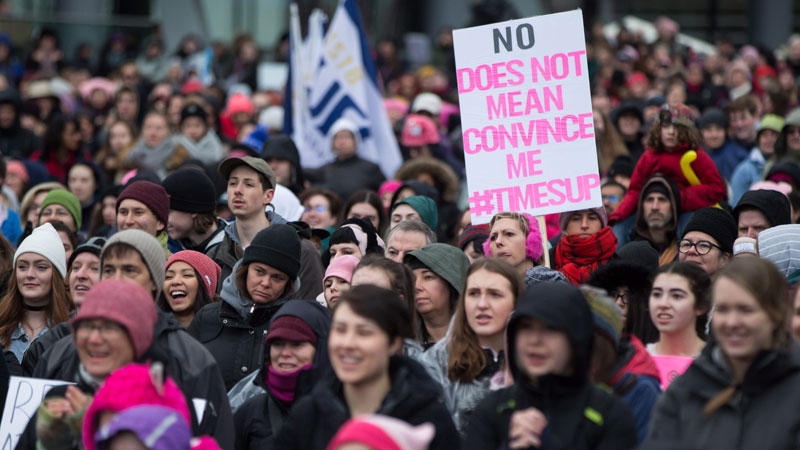 A woman holds a sign as thousands of people attend a women's march in Vancouver, B.C., on Saturday January 20, 2018. (THE CANADIAN PRESS/Darryl Dyck)

VANCOUVER -- From being subjected to catcalls to unfair treatment at work, nearly 60 per cent of women in B.C. say they've faced some form of discrimination because of their gender.