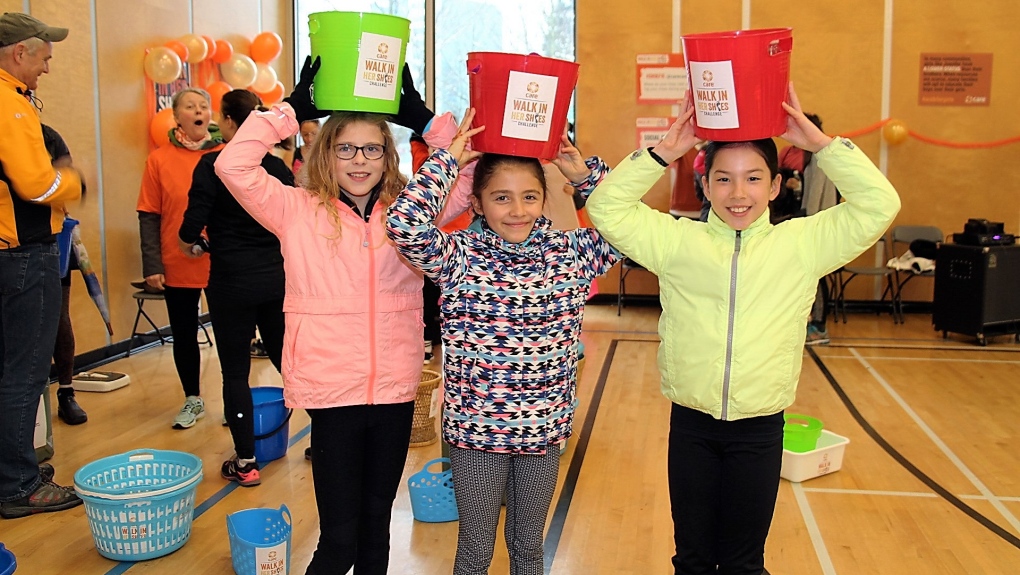 CARE Canada's Walk in Her Shoes event raises money to lift girls and women out of poverty, but this year the charity is holding a virtual event in B.C. because of the risk of spreading COVID-19. (Submitted)

VANCOUVER -- A long-running International Women's Day event in Vancouver is being held virtually because of the risk of spreading COVID-19.

CARE Canada announced its eighth annual Walk In Her Shoes event, which was scheduled to be held Sunday, March 8, will not go ahead as planned. Normally, the fundraising event includes a walk of 10,000 steps to support women and girls around the world to lift themselves out of poverty. This year, 500 people were expected to take part in the event.

Instead, organizers are encouraging people to make a donation online, and are asking participants to walk 10,000 steps in their local neighbourhoods instead of gathering in downtown Vancouver. An event following the walk at Creekside Community Centre has also been cancelled.

Danielle Semple, acting director of development for CARE Canada, said the organization heard that warning and decided to "put everyone's health first" by modifying their event.

On March 7, Henry announced six more cases of the novel coronavirus in B.C., bringing the total to 27 cases. In a concerning development, two of those cases were elderly residents of a long-term care home in North Vancouver.