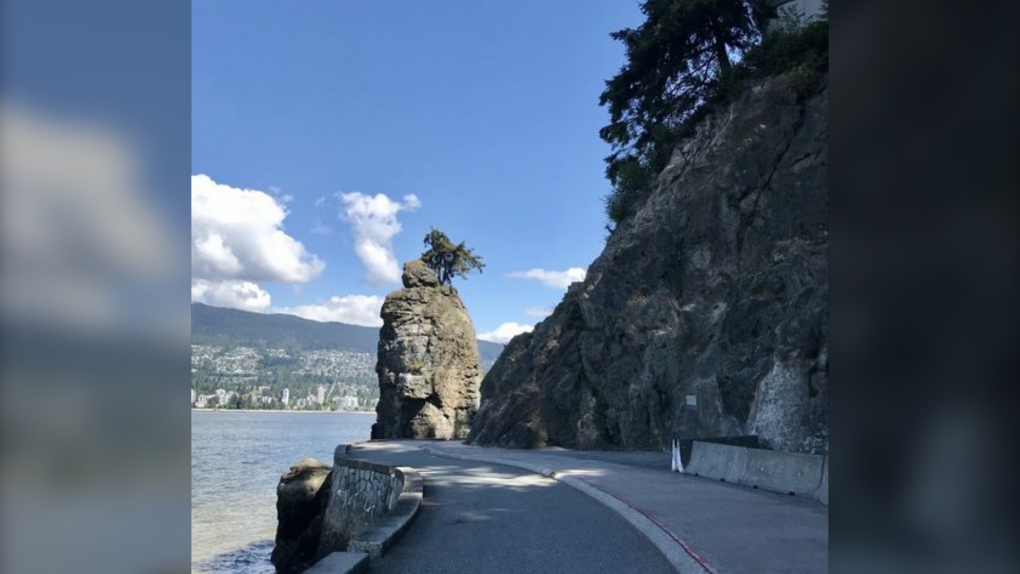 A photo from the B.C. Conservation Officer Service shows the approximate location of a coyote attack in Vancouver's Stanley Park on Thursday, May 13, 2021.

VANCOUVER -- Conservation officers are advising all visitors to a popular Vancouver park to take precautions after two more people reported being attacked by a coyote.

The latest attacks in Stanley Park happened Thursday morning within the span of about two hours, according to the B.C. Conservation Officer Service.

One of the victims was running along the seawall between Siwash Rock and Third Beach when she was approached and bitten. The other attack happened about 300 meters away, authorities said.

Both of the victims' injuries were superficial. Conservation officers said they responded "immediately" and conducted patrols in the area, but did not find the coyote.

The service said in a post on Facebook that officers would remain on scene, and that the patrols were ongoing.

They've asked members of the public to avoid the stretch of seawall for the time being.

Thursday's incidents are the latest in a string of attacks in the park, including one involving a Hollywood actor.

Earlier this year, two coyotes were captured and killed. At that point, nine attacks had been confirmed in the park, five of which required medical attention.

As a result, conservation officers are also advising anyone visiting the park to take precautions, just in case.

In the event of a sighting or encounter, members of the public are advised not to run away, but to try to scare off the animal by making loud noises and waving their arms, or using sticks and rocks.

They should keep eye contact, and give the coyote as much space as possible.

More tips are available through the Ministry of Environment.

Aggressive coyote encounters should be reported to the provincial Report All Poachers and Polluters (RAPP) line, at 1-877-952-7277.