A major route through Metro Vancouver has reopened after being closed several hours due to "falling snow debris."

The Alex Fraser Bridge was closed in both directions on Monday shortly after 1 p.m., when the province decided it was necessary for public safety. A statement from the Ministry of Transportation said there was a risk of "falling snow debris" because the snow that had built up on the bridge's cables was melting in the warming temperatures.

Drivers were encouraged to take alternate routes during the closure, and many were stuck in traffic on other routes into and out of Vancouver as a result.

Crews were called to examine the bridge, which was reopened by 4:30 p.m. One southbound lane remained closed at the time.

Monday's closure was the second in three days, with the bridge being closed for most of the day on Saturday due to falling ice and snow.

The ministry also considered a closure on Thursday or Friday when the second snowstorm of the season was scheduled to hit the area.

One week ago more than three dozen drivers filed complaints with the Insurance Bureau of B.C. when "ice bombs" and "slush bombs" fell from the bridge's cables, shattering windshields of the vehicles below. The minster said crews were "redoubling our efforts to make sure that doesn't happen again," but decided to close the bridge for "public safety reasons" just a week later.

Earlier in the day, the coastal storm slamming the region created a messy morning commute, with one tanker truck sliding into a ditch in Burnaby.

Emergency crews were called to a number of minor collisions but no injuries were reported.

Environment Canada is forecasting cooler temperatures this week, with the mercury expected to dip to -9 C Tuesday.

Schools closed due to wintry weather

Because of the forecast, dozens of schools across Metro Vancouver and B.C.'s Fraser Valley were closed for a snow day on Monday.

Although some areas woke up to fresh snowfall this morning, snow warnings for Metro Vancouver and the Fraser Valley were called off mid-morning as the flurries tapered off.

Classes were cancelled as some schools in Surrey, Langley, Abbotsford, Burnaby, White Rock, Tsawwassen, Delta, New Westminster and Coquitlam. All public schools were closed in Chilliwack, one of the areas hardest hit by snowfall all weekend. 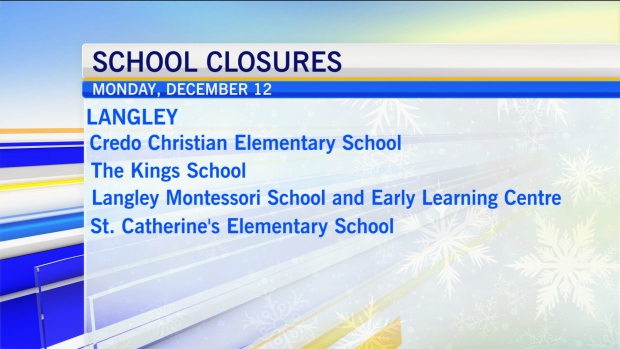 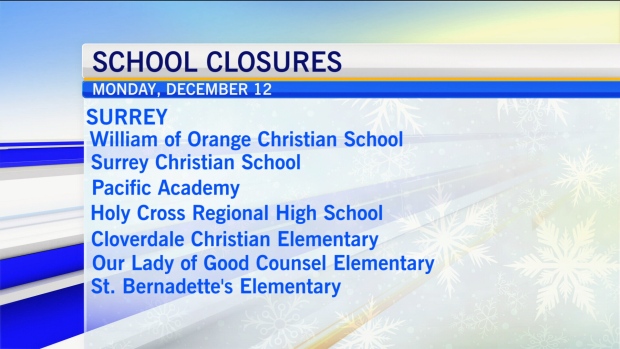 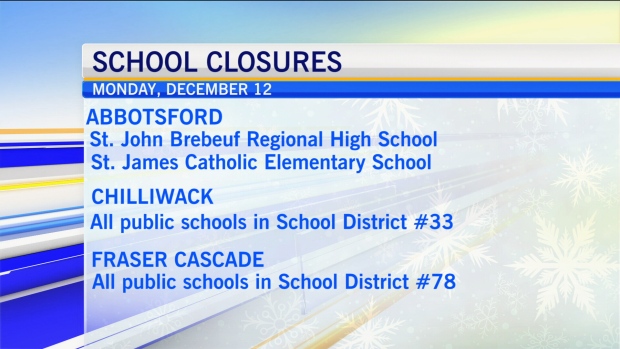 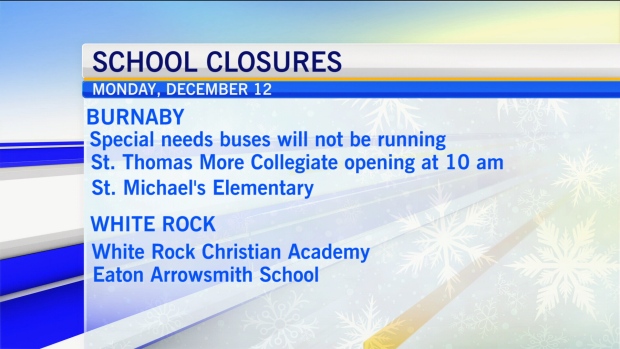 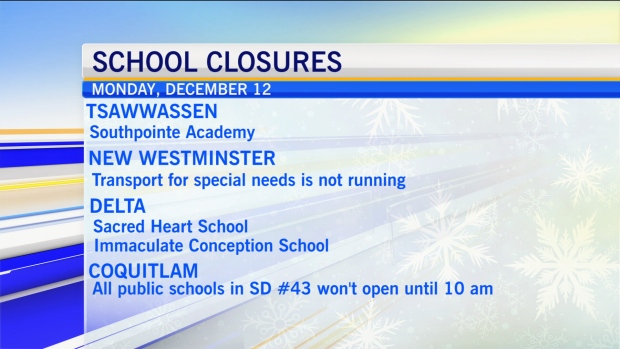