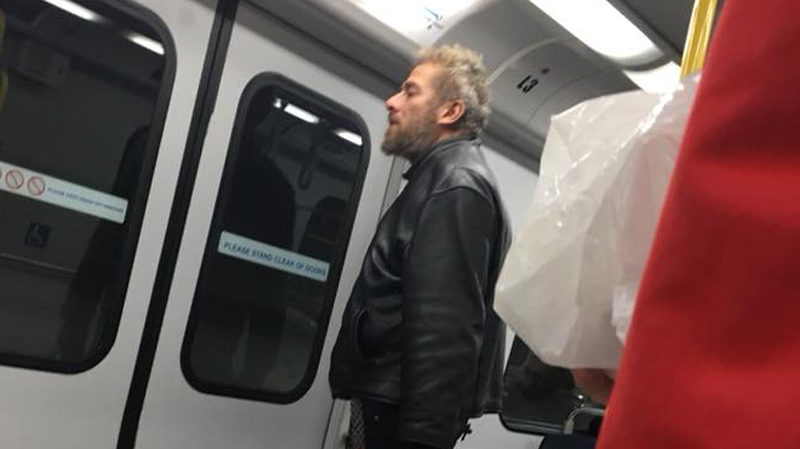 A 17-year-old girl took a picture of a suspect after she was allegedly attacked on SkyTrain on Dec. 4, 2017.

A sexual assault charge has been approved against the 46-year-old man who allegedly attacked a Muslim teenager on public transit last week.

Pierre Belzan is also facing counts of assault and threatening to cause death or bodily harm, which were secured days after the Dec. 4 incident.

The 17-year-old victim said a man starting hurling racial obscenities at her shortly after she boarded the Canada Line in downtown Vancouver. He then allegedly ripped off her hijab, slapped her face and forced her head into his clothed crotch.

Fortunately, a Good Samaritan intervened and the victim did not suffer serious physical injury.

Police tracked Belzan to Vancouver International Airport and arrested him the same night.

The accused, who has no fixed address, is also charged in an attack on a 10-year-old girl who boarded the SkyTrain back in May.

Court records do not show any criminal convictions against Belzan in B.C.