A man, a plan, a canal: Surrey mayor touts benefits of water features 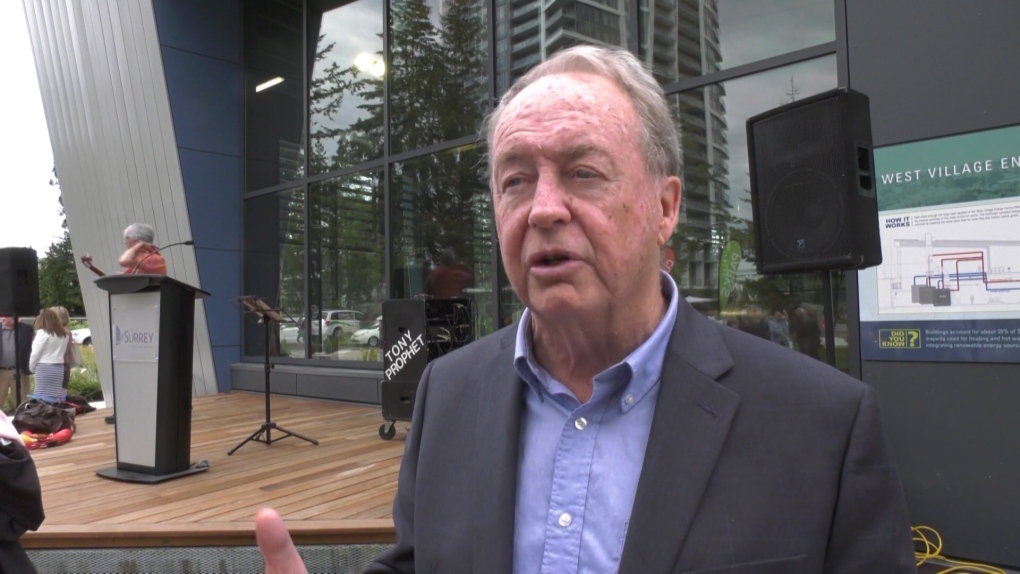 The south bank of the Fraser River in Surrey is not one of Metro Vancouver’s most exciting waterfronts, but Mayor Doug McCallum would like to start to change that.

“We are going to look at our waterfront along the Fraser River in Bridgeview because we need to clean it up and we need to have it as a place that is going to have a walkway and is going to have restaurants down there,” McCallum told CTV News on Thursday. “The vision for down there was very important for me.”

The mayor says the neighbourhood is one possible site for the canal he would like to see built through Surrey at some point.

McCallum said he’s received a positive response from Surrey residents since floating the idea of a canal that would “wander” through the city earlier this month.

A canal isn’t likely to be built any time soon, but McCallum says the city’s engineering department has told him it’s possible.

In the meantime, he sees it as part of a broader vision for improving the quality of life in the city through water features. He noted that he was mayor in 2002 when the city opened Surrey Lake Park, a scenic area featuring a large, man-made lake.

“I’ve read a lot of research documents and articles that say that water works of any description is one of the best stress removers in people,” McCallum said. “That’s why people love living on the water … It’s a tremendous stress reliever.”

McCallum said he doesn’t have an estimate of the potential cost of constructing a canal in Surrey, but that it would likely be paid for through the development cost charges the city levies on new construction.

And if it doesn’t work out, McCallum isn’t necessarily worried.

“We’re going to work with our staff and do it, but at this stage it’s more a vision as we look into the future,” he said. “I think that this is just one of many ideas. Over my political career I’ve come up with a lot of ideas. Some work out, some don’t.”