$60 date? Cost of a romantic picnic in Vancouver vs. other cities 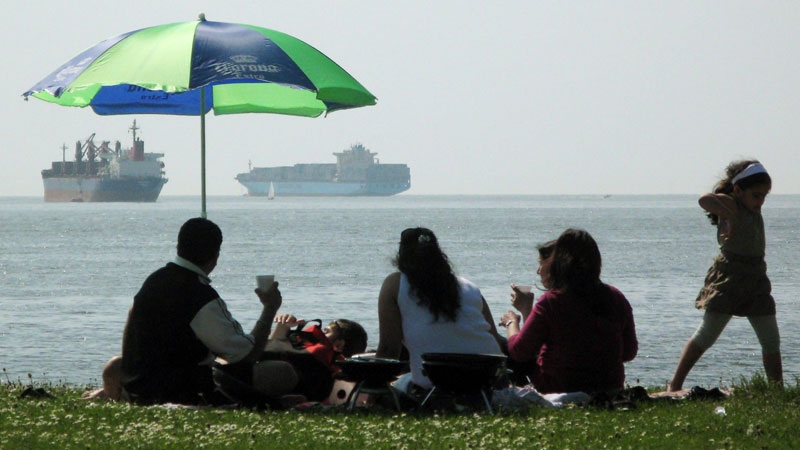 The cost of a picnic in Vancouver is more than double the price in some other cities. (Jonathan Hayward / THE CANADIAN PRESS)

Just like buying real estate, the cost of love is more expensive in Vancouver than many other cities around the world.

A romantic picnic for two will cost you $60.35 in the Metro area, according to data collected by Expatistan’s Cost of Living Index. Expatistan is a site that lets users compare cost of living in more than 2,000 different cities based on prices submitted by those using the site. Its creators describe the site as “a Wikipedia for prices.”

Expatistan created a custom infographic for CTV Vancouver comparing costs in the city to those in Victoria and Toronto. The graphic also looks at seven cities outside of Canada, including New York, Singapore and London.

The company used the cost of a picnic to compare the cities (in Canadian dollars), a light-hearted way to look at the costs of food, alcohol and transportation.

Of the 10 cities featured in the graphic, Vancouver ranks second when it comes to the cost of a romantic picnic at just over $60. The city is second only to city-state Singapore, where the same picnic will cost a couple an additional $0.36.

Although Vancouver is the second most expensive in overall cost, it ranked lower in some categories, like food cost.

Taking apples on your picnic would cost 35 per cent more in the Big Apple than in Vancouver, the data showed. Locally grown apples are most expensive in New York, at $5.03 per kilogram at a supermarket in the city’s centre.

The data showed that Canadian cities fall in the middle when it comes to fruit prices. The same amount of apples would cost $3.73 in Vancouver, $3.61 in Victoria and $3.49 in Toronto. Apples are more expensive in Singapore, Paris and Sydney, and cheaper in London, Mexico City and Rio de Janeiro.

Cheese and bread are also cheapest in Mexico City and Rio. Both items cost twice as much in Vancouver as in Mexico City. Vancouver is has the third highest prices of the 10 cities considered.

If you want a drink while on your date, a bottle of “good quality red table wine” will cost you an average of $20.91 in Vancouver. In Singapore, the price of that bottle jumps more than $10 to $32.61. Though cheese in Paris is the most expensive, picnickers will save money on wine, with an average price tag of $12.88.

Finally, taking a cab to meet your date is most expensive in Victoria. At about $23 for an eight-kilometre trip, cab fare is nearly six times more expensive in the B.C. capital than in the cheapest location, Mexico City.

Want to know how each city ranked? Here's the full infographic.