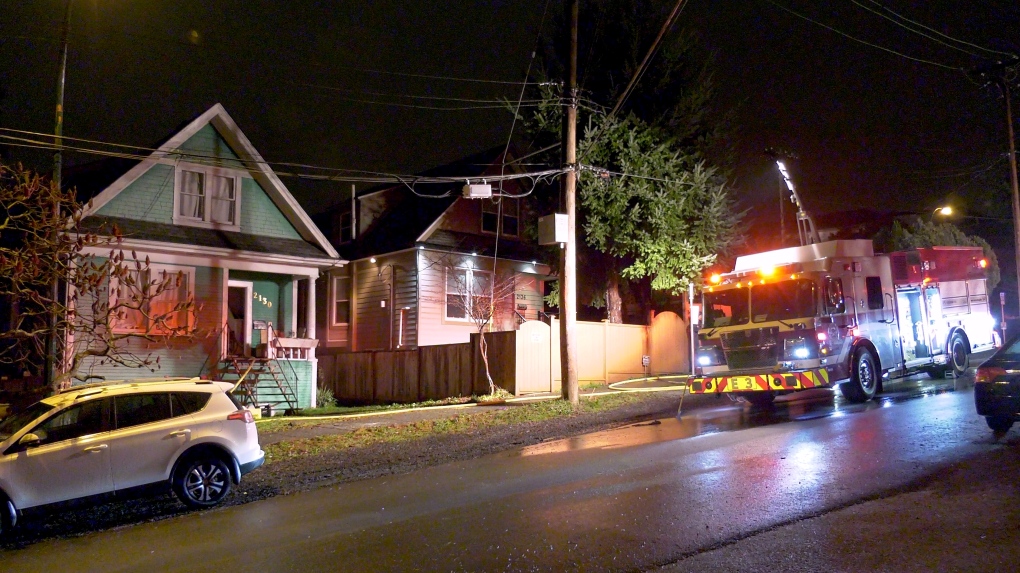 A fire broke out a Vancouver home in the early hours of Tuesday morning.

VANCOUVER -- Six residents had to evacuate their home early Tuesday morning after a fire broke out at a house on Prince Edward Street, near 5th Avenue.

“Crews arrived on scene, there was heavy smoke at the rear of the structure. They quickly did an assessment, and got water on it very quickly,” said Dan Stroup, assistant chief with Vancouver Fire Rescue Services.

The call for the fire came just after 1:15 a.m. and Stroup said the blaze originated in the third floor of the rear of the building. There were six people at home and all of them got out safely.

According to Stroup, firefighters had some trouble getting access to the rear of the house, but crews were able to set up a ladder and knock down the fire.

Stroup also adds that they had about 10 fire apparatus on scene, and there were no reported injuries. A fire investigator was also seen taking photos.

A fire at the rear of a house on Prince Edward St was quickly knocked down by @VanFireRescue @IAFF18. 6 people were home at the time. No injuries reported. Details on @CTVVancouver & @CTVMorningLive pic.twitter.com/9ED0gHk93f