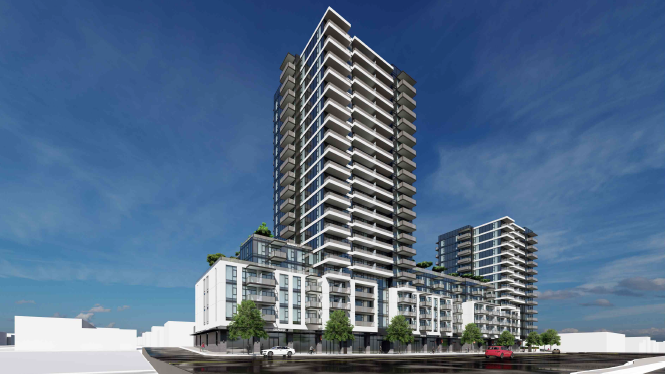 A developer is proposing 439 rental homes in two towers with a six-storey podium between them in Vancouver's rapidly changing Oakridge neighbourhood. (shapeyourcity.ca)

A developer is proposing 439 rental homes in two towers with a six-storey podium between them in Vancouver's rapidly changing Oakridge neighbourhood.

The development permit application submitted by Coromandel Properties last month and posted online for public comment this week includes 23 more units than were previously proposed when the site was going through the rezoning process.

Vancouver City Council approved a rezoning application for the property – located at 357 to 475 W. 41st Ave. – in October 2021, changing the zoning from RS-1 (residential) to CD-1 (comprehensive development).

Coromandel is also redeveloping a smaller property across Alberta Street from this one, which was rezoned in October 2021 to accommodate a proposed 10-storey rental building.

The area is less than a block from the intersection of West 41st Avenue and Cambie Street, at the northeast corner of the intersection. Oakridge-41st Canada Line Station and Westbank's massive Oakridge Centre redevelopment project are located at the southwest corner. 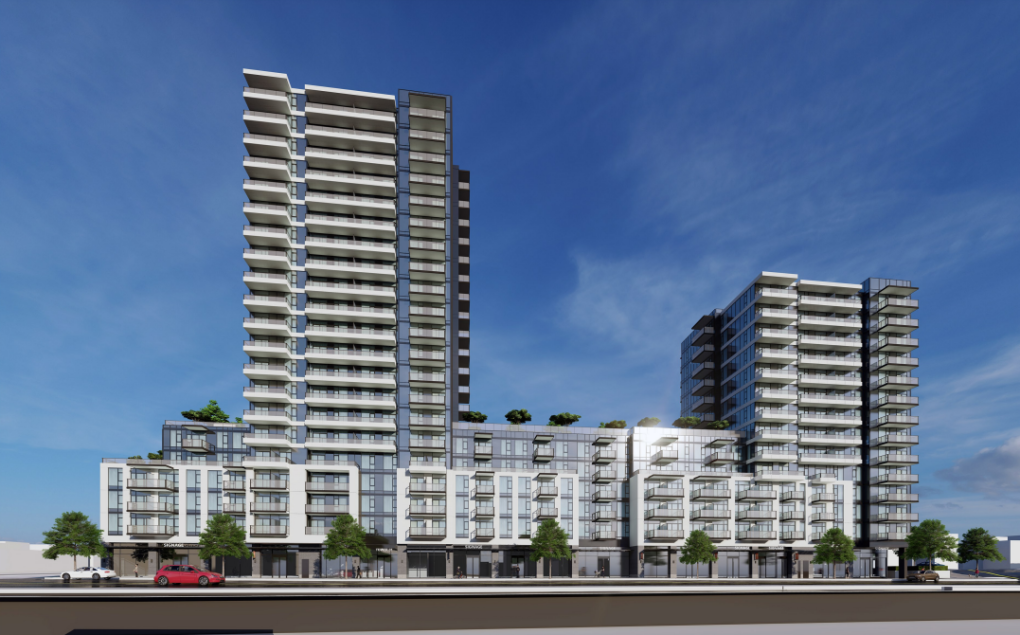 A rendering of the proposed building is seen in this image from the development permit application.

Plans for 357-475 W. 41st Ave. call for the construction of two towers – one 22 stories tall and the other 14 – connected by a six-storey podium where nearly half of the 439 total homes will be located.

In the design rationale for the project, IBI Group Architects explains the large number of studios as, in part, a byproduct of the city's "horizontal angle of daylight" requirements.

"Between the tower cores on the north side, there are nine studio units on each podium level, for a total of 45 studio units," the rationale reads.

"These very livable units range in size from 442-504 square feet and would only be considered a 'studio' based on Vancouver’s Horizontal Angle of Daylight requirements, so we believe this skews the percentage of studio units within the project." 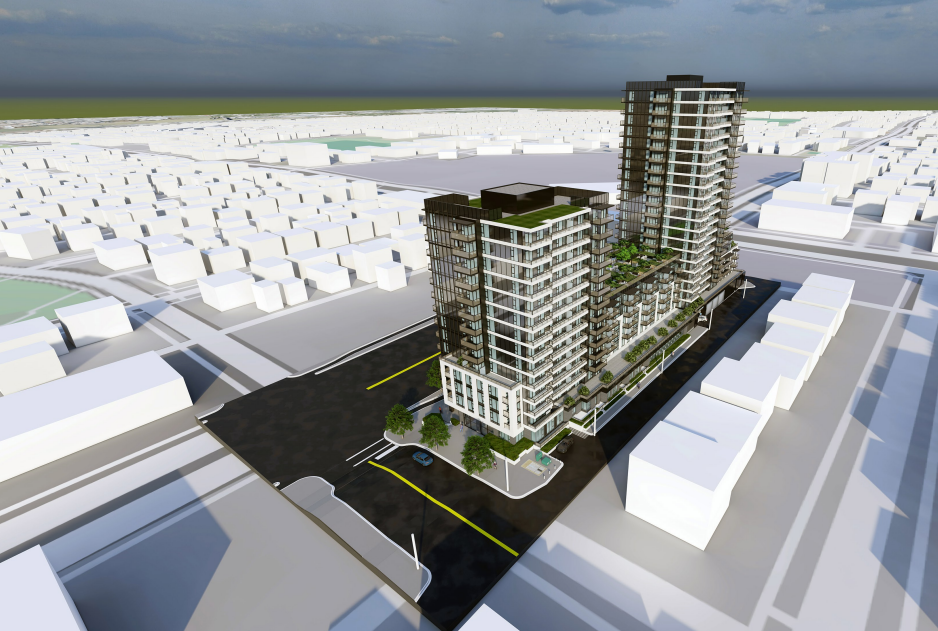 The area is less than a block from the intersection of West 41st Avenue and Cambie Street. (Coromandel Properties/shapeyourcity.ca)

The city's Housing Mix Policy requires at least 35 per cent of new rental units built through rezoning in the Cambie Street corridor to have at least two bedrooms.

Eighteen per cent of the units in the project are set to be allocated to the city's Moderate Income Rental Housing Program, according to Vancouver's Shape Your City website.

The mixed-use project also includes more than 18,000 square feet of retail space on the ground floor and 220 underground vehicle parking spaces – a number that is lower than would typically be required for a building this size due to its proximity to public transit.

The development permit application requires approval from the city's director of planning. A decision will be made after the public comment period ends on Nov. 8.