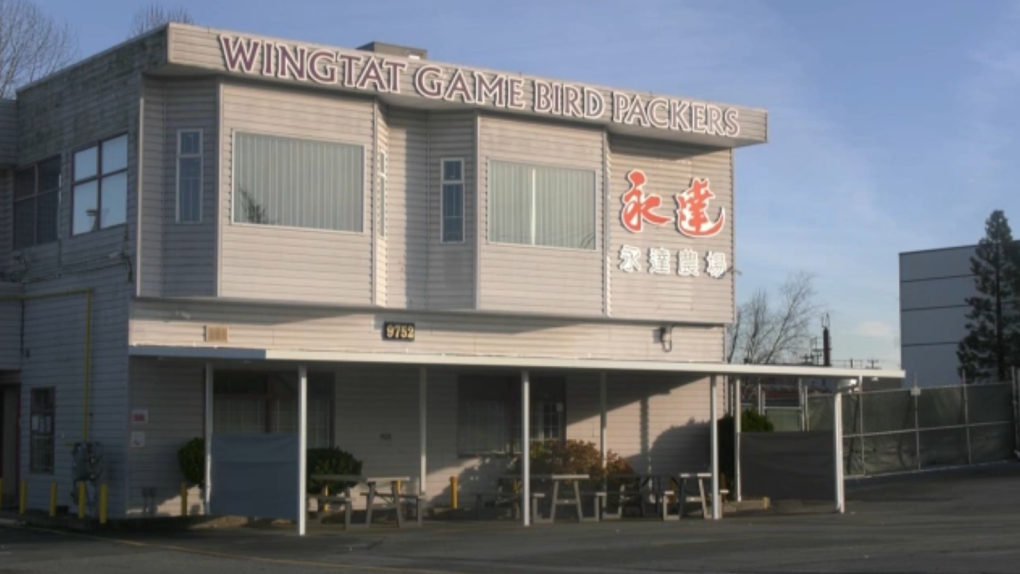 Wingtat Game Bird Packers Inc. announced in a public statement last week that some workers at its Surrey facility had tested positive for the coronavirus and that it was closing that location while it worked with Fraser Health to deal with the cases.

The company did not say how many had tested positive, nor did it say whether an outbreak had been declared.

Fraser Health made its first public comments on the situation in a news release Wednesday, saying that 30 cases had been detected and an outbreak declared. The health authority also said that it had closed the facility at 9752 186 St. in Surrey.

The company said its main office and its packaging and warehouse facility in Richmond remain open.

The chicken products distributed from Wingtat's Surrey location will not be recalled, as there is "no evidence to suggest that food is a likely source or route of transmission for the virus," Fraser Health said in its release.

There have been no reported cases of food or packaging leading to transmission of COVID-19, according to the Canadian Food Inspection Agency.